Families of the six contract workers who died in the Newmont Ghana Gold Limited Ahafo Mine accident this past weekend want the government to ensure that they are adequately compensated.

Though investigations have begun into Saturday’s accident, there is as yet no word on the possible compensation for the families of the deceased.

The deceased workers were not employees of Newmont, but of a subcontractor, Consar Limited, a construction services company.

They were among 10 men working on a reclaim tunnel on the Ahafo Mill Expansion project.

At the family house of one of the victims at Gyedu near Kenyasi, one of the widows, who summed up their demands, said they are expecting a livelihood package from Newmont Ghana Gold Limited and the government.

“I am appealing to Newmont and to the government to assist me financially to take care of my child,” Patience Ntim said to Citi News.

“Newmont needs to intensify safety at the mines to avert a recurrence of such a tragedy in the future. My late husband was the breadwinner of our family. Now that he is gone, there is no one to take care of my child and me,” the widow added. 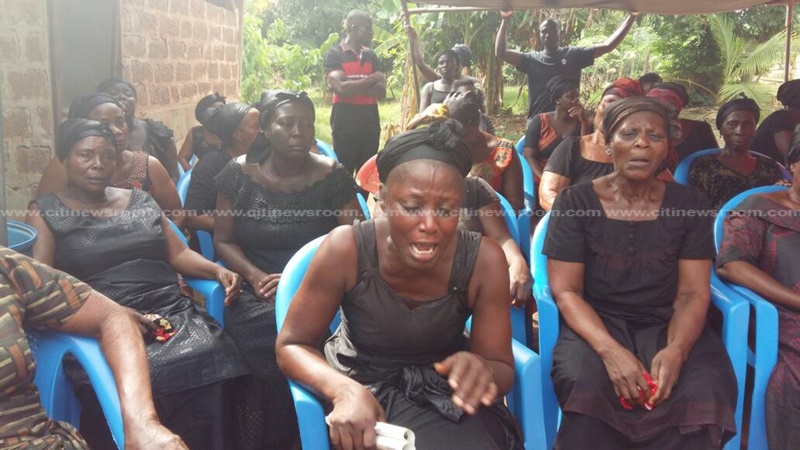 An aunt of one of the deceased workers, Joyce Safo, was beset with grief and blamed Newmont for the accident.

“My mother told me he was not supposed to go to work that day, but he was called by his supervisors to come and work… Some of the workers noted that they were casting concrete so Bismark and his colleagues were asked to go and check. That is when it caved in on them,” she said.

Support from Mine Workers’ Union

This tragedy has brought to the fore the conditions under which some contracted workers work in mining companies.

The Ghana Mine Workers’ Union has said it will not renege on its quest to seek improved working conditions for contract employees in the mining sector.

The union maintains that the move should afford such workers all the welfare benefits that are due full-time employees.

“As a union, we expect that we will be able to lift our game. Like I indicated, the whole idea of general contract work and its associated conditions are clearly things we need to sit up and look at as a tripartite, that is, organized labor, employers and government,” the Deputy General Secretary of the union, Abdul Momeen Gbaana told Citi Business News.

Though investigations into the Saturday accident are yet to be completed, the Minister for Lands and Natural Resources, Mr. Amewu, said there were some engineering lapses that led to the accident, per his assessment.

“It’s a complete structural failure. You realise that during the process of casting the concrete, the concrete caved in. Investigations are still going on but it’s clear that the prop that supports the slabs might not be well placed and that could trigger stresses that enabled this slab to cave in,” he told the media when he visited the site.

The Minerals Commission has taken over the site as investigations are underway.

The Commission’s Principal Inspector of Mines for the Ashanti Region is leading the investigations with help from the police.

The mine has assured it is cooperating with the regulatory authorities carrying out investigations. It has also halted operations at the Ahafo mine and its sister mine at Akyem.

Baby Jet Airlines to Start Operations by End of 2018 – GCAA