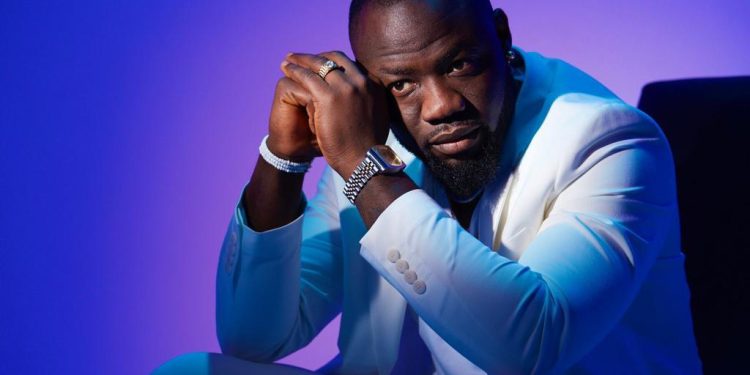 Originally called Seidu Iliyasu with the stage name Bakilla the 34-year-old Belgium-based Ghanaian Afrobeat artist with deep roots in the capital of the Northern Region of Ghana, Tamale is not only representing his Ghanaian heritage abroad but also putting Ghana on the map through his sensational afrobeat songs.

Bakilla Fuhaam a former member of the defunct group Menez GH with over a decade of consistent music production from his base in Antwerp, Belgium has thrilled many fans with his performances on some very notable and big stages in Ghana and Europe, key amongst them being his concert he held in Tamale last year.

Together with his former group member, they did spectacular singles like Beautiful person, Earthquake, Long way, and Odo which continues to make waves anytime music is spoken about in Ghana and Europe.

Since he decided to go solo from the Menez group, Bakilla has released Vibration and “Ghana” which talks about the beauty of the black-skinned woman and her wanting to visit GHANA, his motherland, as a testament to his continuous quest and hard work to keep his fans and lovers of afrobeat excited.

As the year begins, Bakilla in his interaction with the media on his regular visit to Ghana hinted at a possible EP this year.

“It excites me to be back home as I usually do at the beginning and end of every year, to draw inspiration and most importantly to work hard and deliver to my fans music that will thrill them and sustain the love. One of the biggest things I am hoping to do this year is to drop an EP before the end of the year so my fans should watch out since there is lots of work being done in the background,” he said.

When asked what to anticipate in the coming months, he responded by saying “I can’t really say much about that for now, of course, we are working on something, In the meantime, my fans should keep their fingers crossed I will deliver to them the best of music”.

Afrobeat remains one of the fastest-growing music genres that is putting Africa on the map. In recent years, we have seen growing interest in this particular music genre, especially in this diaspora, which gives a very promising feature to the genre in which Bakilla Fuhaam is gaining a stake for Ghanaians both at home and in the diaspora.