Former US President Barack Obama arrived in Kenya on Sunday, the country of his father’s birth, his first visit to this East African country since leaving office.

Obama is in Kenya to help launch the sports and training centre founded by his half-sister, Auma Obama, through her foundation Sauti Kuu.

After landing in the capital, Obama met President Uhuru Kenyatta at the official residence, according to Kenyatta’s Twitter account. 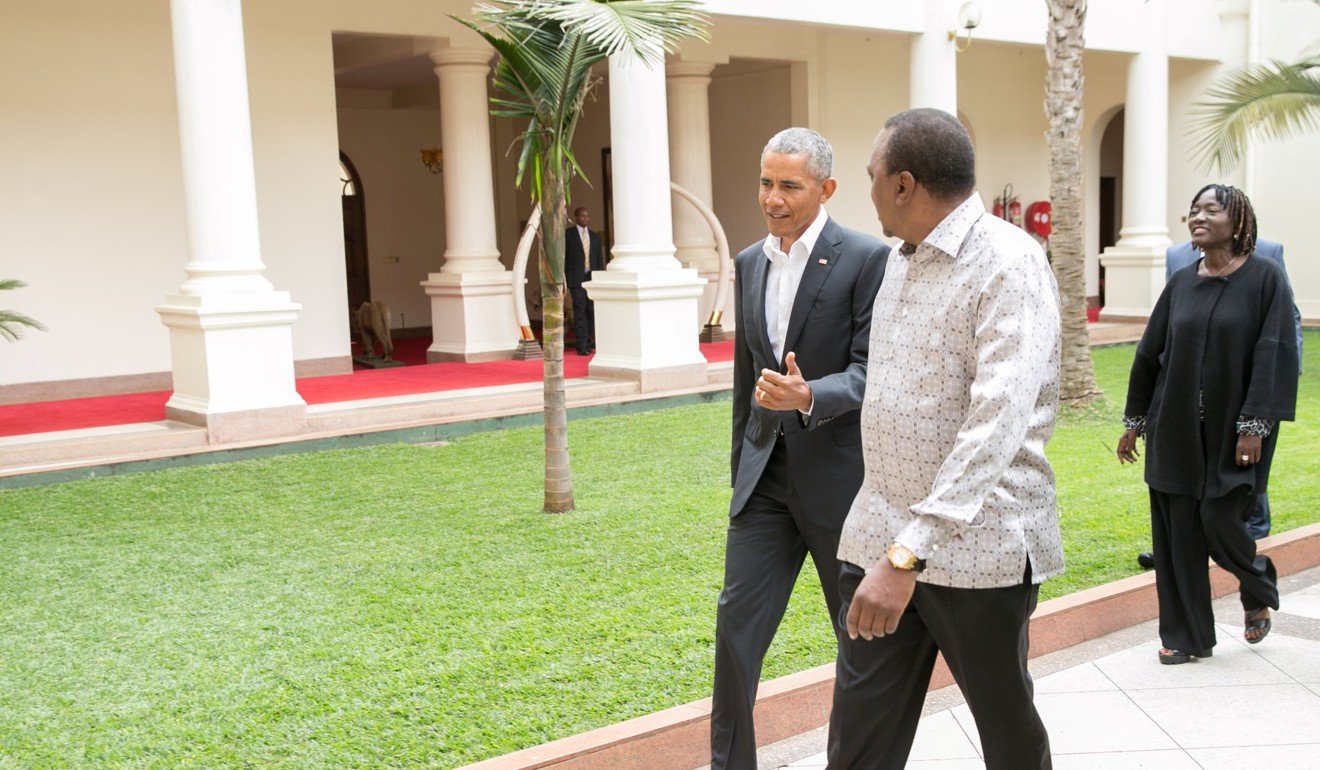 Odinga and Kenyatta on March 9 pledged to work together, ending months of turmoil following a disputed presidential election that was nullified by the Supreme Court and a rerun which the opposition boycotted.

Obama’s visit to Kenya is low key, unlike his previous visits where he electrified thousands of Kenyans who lined the streets to see him when he was a senator in 2006 and then as president in 2015.

Many Kenyans consider Obama native to this country— a local kid made good— and bask in the glory of his success, despite the fact that Obama never lived in Africa.

He was born in Hawaii, where he spent most of his childhood raised by his mother, a white American from Kansas. He barely knew his late father for whom he was named, Barack Obama, an economist.

It was a great pleasure to welcome you back @BarackObama pic.twitter.com/EUHg8fpNPx

Large crowds are however expected in Kisumu, Kenya’s third largest city, where Obama will fly on Monday before driving to his father’s home village of Kogelo in Siaya County, a journey of about 43.5 miles (70 kilometers).

Big screens will be set up in towns in Siaya County to show the launch of the vocational centre and prevent overcrowding at the venue, said Siaya County Governor Cornell Rasanga on Nation Television.

“We are upbeat about the coming of the President Barak Obama,” said Rasango, who added he is not expecting much in terms of any announcements of aid. Rasanga said he would ask Obama to help develop a university to be called President Barack Obama University.