Mr Sayoc, 56, could be jailed for life for his criminal charges, which include using weapons of mass destruction and mailing explosives with intent to kill.

He had initially pleaded not guilty, but will now avoid going to trial. 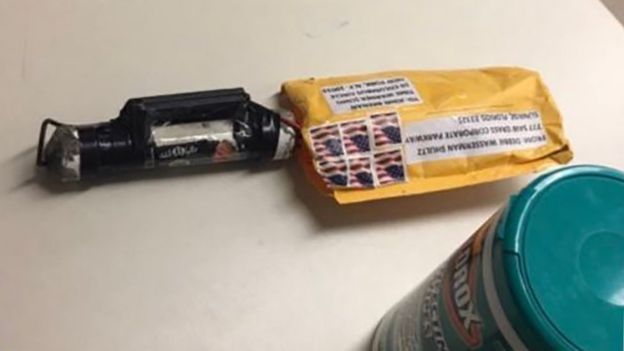 None of the devices detonated, but the incidents caused a national scare just weeks before the US mid-term elections.

In November, Mr Sayoc had pleaded not guilty to the 30 charges against him. On Thursday, he reversed that plea before US Judge Jed Rakoff in Manhattan.

In an emotional statement, Mr Sayoc apologised for his actions and stated he had created the explosive devices using materials including firework powder, the Washington Post reported.

“I knew these actions were wrong. I’m extremely sorry,” he said.

His trial had been scheduled for July. The 56-year-old has been held without bail in New York since his arrest on 26 October, 2018.

His trial had been scheduled for July. The 56-year-old has been held without bail in New York since his arrest on 26 October, 2018.