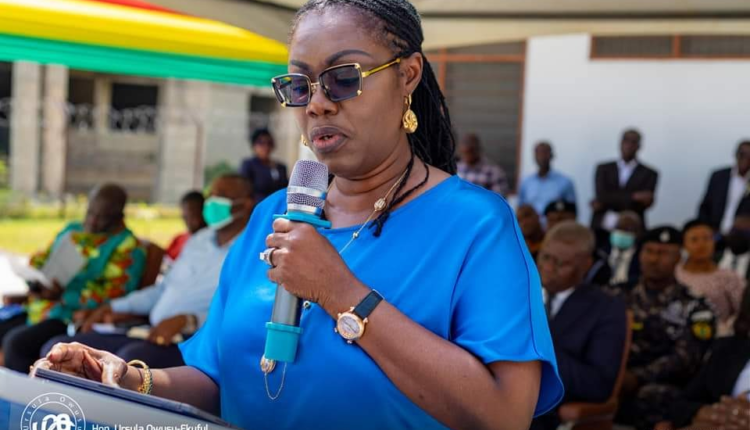 Fitted with modern gadgets and offices for the Judge, registrar, bailiff, administrator and accountant, the Dansoman Circuit Court is part of the 100 Courts project being executed by the Akufo-Addo administration with funding from the office of the Common Fund Administrator.

The court also has an Alternative Dispute Resolution (ADR) outfit and other ancillary facilities.

Speaking at the inauguration ceremony, His Lordship, Justice Anin Yeboah said the new court is the 5th gender and domestic violence-based court in the Greater Accra Region and will help enhance justice delivery in the Ablekuma West Municipality and beyond.

Mrs. Owusu Ekuful, who’s also the Communications and Digitalisation Minister thanked the president, Nana Addo Dankwa Akufo-Addo, and the Common Fund Administrator, Irene Naa Torshie, for their commitment to decentralizing justice delivery across the country through the 100 Courts project initiative.

Describing the initiative as the single most significant infrastructural investment in Ghana’s judicial system, the lawmaker reiterated her commitment to building a model municipality in Ablekuma West.