Anold Agbodo, a Ghanaian citizen, has dragged the Minister of Minister of Science, Technology, Innovation and Environment, Professor Kwabena Frimpon Boateng, to the Commission of Human Rights and Administrative Justice (CHRAJ), for conflict of interest

Mr Agbodo said in his petition that the fact that after Boateng relinquished three concessions, and is still holding and reserving them in his company’s name, is a situation which is causing the state to lose about $250,000 in mineral rights fees. He stated in the petition that there is clear conflict of interest in violation of Article 284 of the 1992 Constitution.

“Every mining company is required to be licensed by the EPA. The EPA is an agency under the Ministry of Science, Technology and Innovation, and Prof. Frimpong Boateng is the Minister in charge of this Ministry. Consequently, he will ultimately be issuing environmental permit for mineral exploration to his own company, Symphony Limited,” the petition stated.

“The name of the company could not be more apt; the whole scenario appears clearly orchestrated in a manner quite similar to a musical symphony. Here is a player in the market who also controls the regulatory levers. It gives every appearance of premeditation in his choice of portfolio,” it added.

The petitioner also said that as Chairman of the Joint Inter-Ministerial Committee on illegal mining, Prof Boateng has steered the task force away from visiting any of his concessions to ascertain the mining activities going on there.

Below is the full petition and CHRAJ’s acknowledgment: 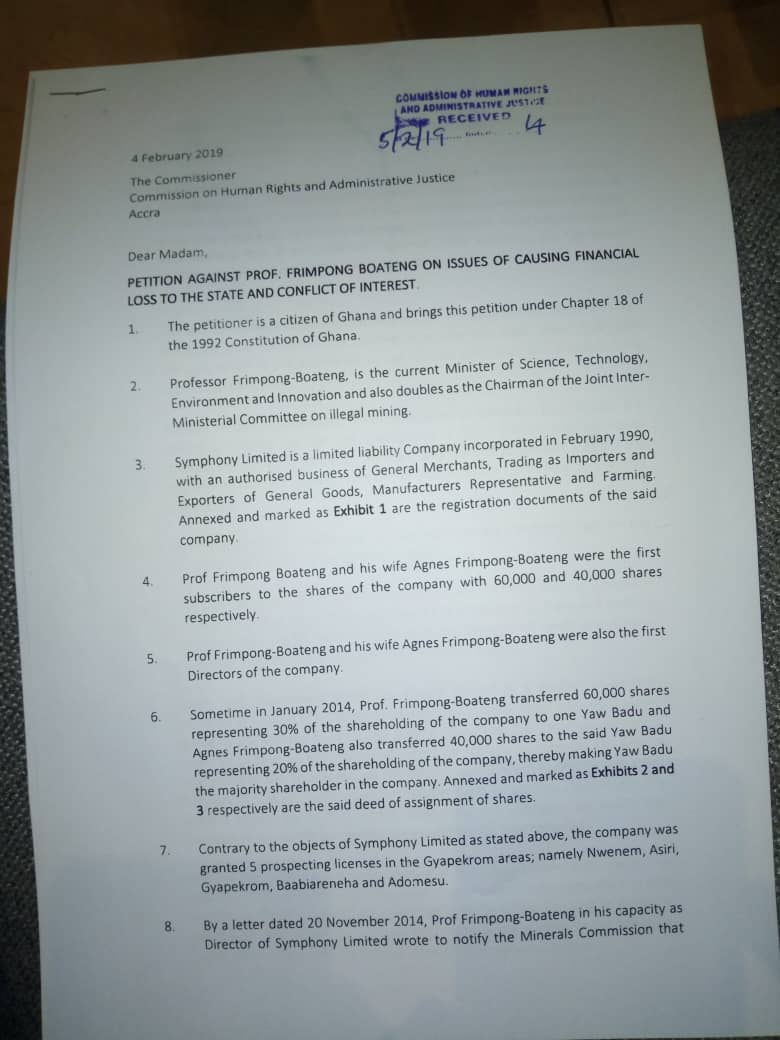 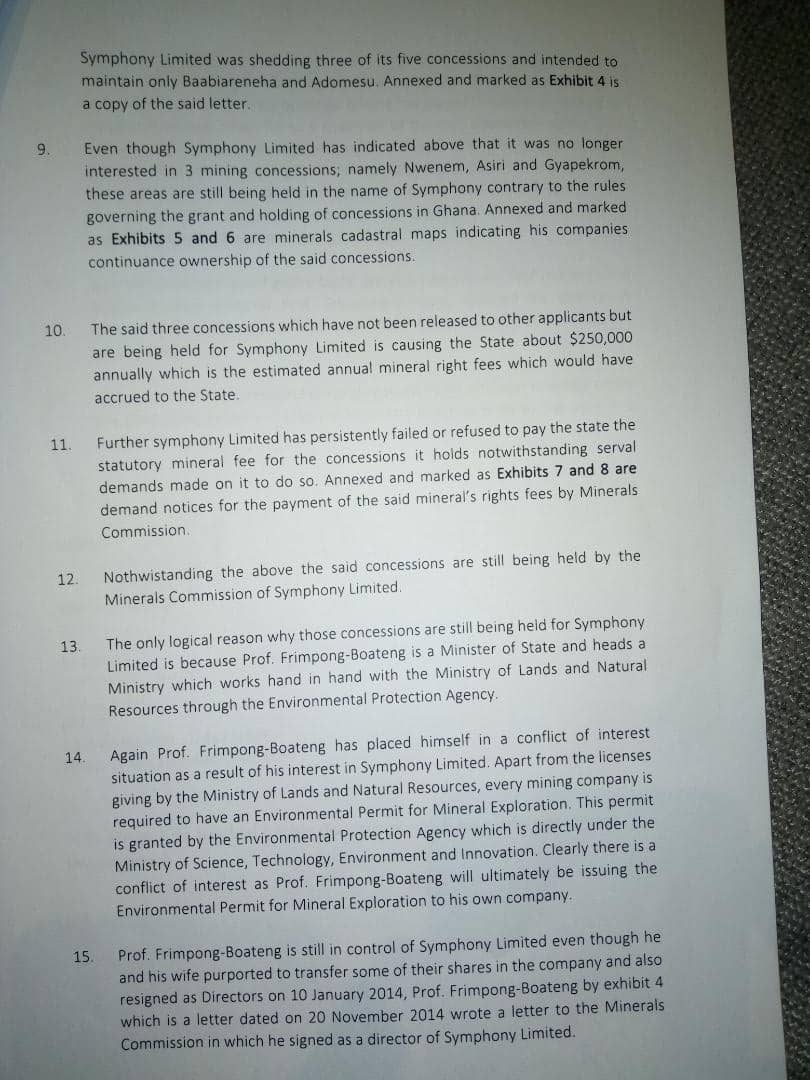 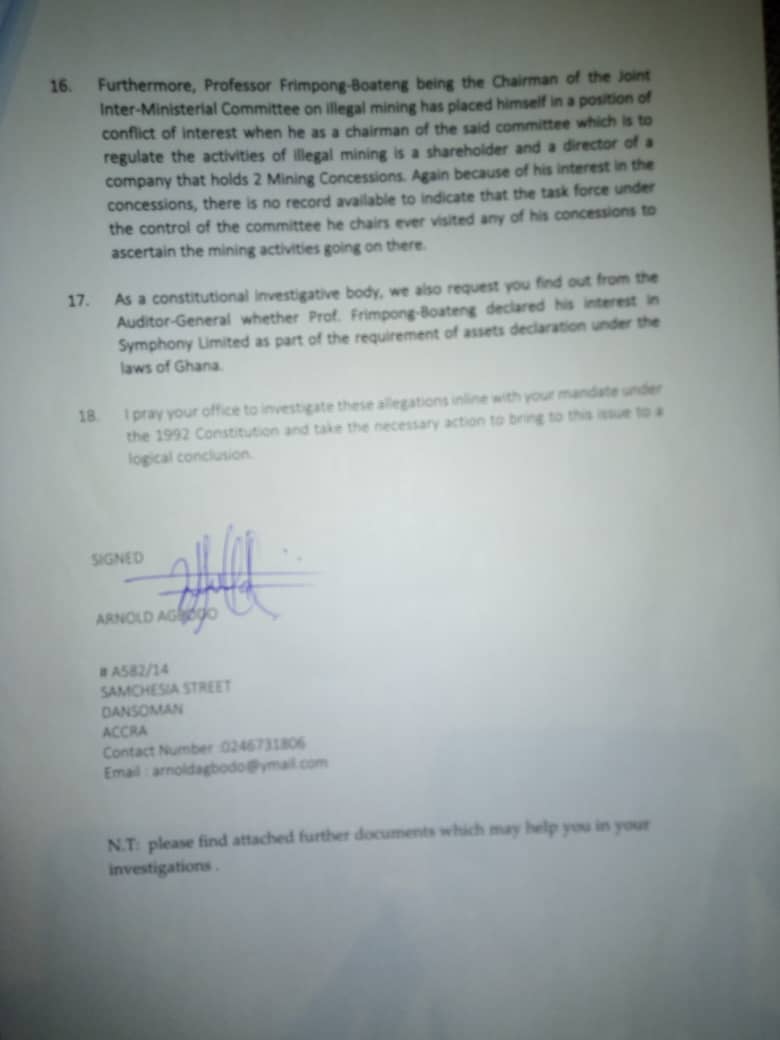 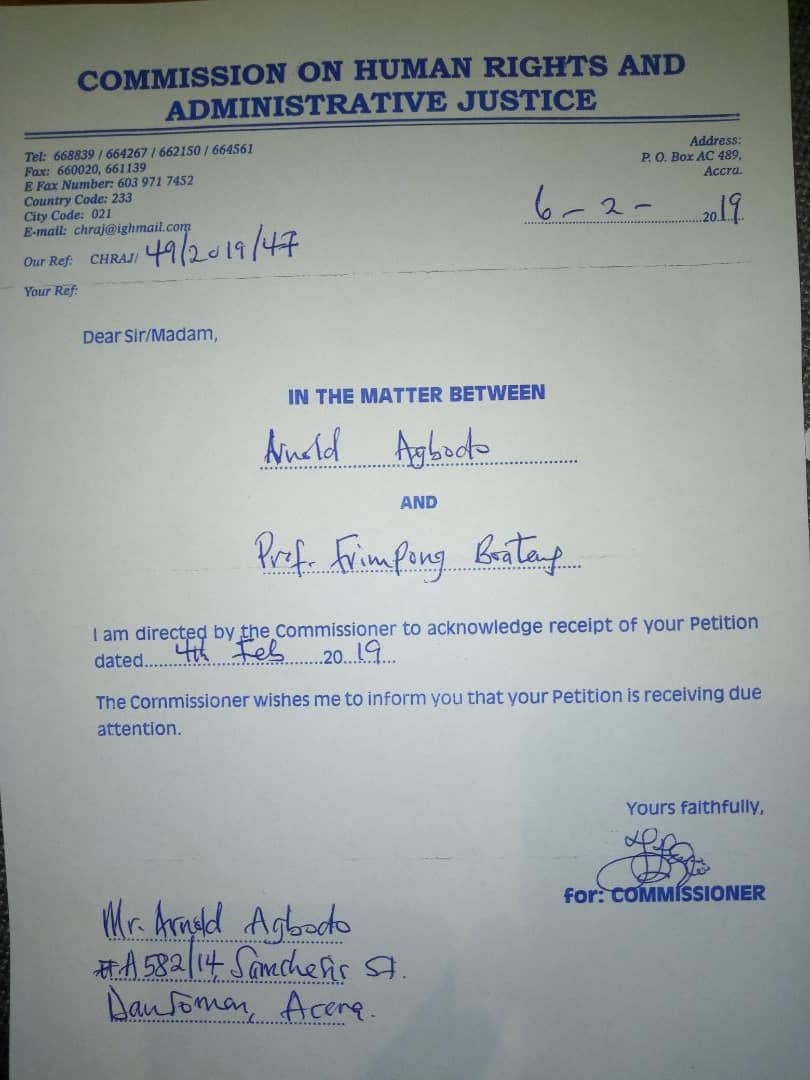 One More Arrested Over Funsi Clashes