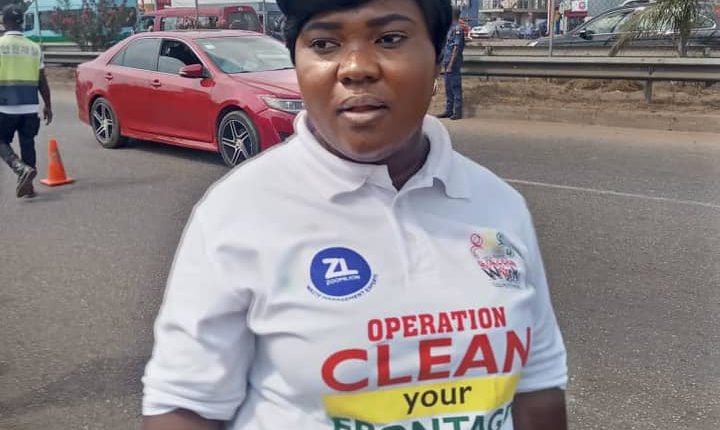 Jennifer Dede Adjabeng, Municipal Chief Executive (MCE) of the La Nkwantanang-Madina Municipal Assembly (LaNMMA) in the Greater Accrca Region has led officers of the Assembly, to take part in a municipal wide clean up exercise.

The exercise forms part of efforts by the Assembly to keep the spirit of the Operation Clean your Frontage campaign alive as we enter into a new year.

For almost four-hour duration of the exercise, all shops and markets were closed to ensure a successful exercise.

Staff of the Assembly took to the highways within the municipality to clean and desilt drains.

“We compliment the work of landlords, shop owners, traders among others who came out in their numbers to desilt choked gutters on the Baba Seidu road, Melcom road, Nkulenu road, the Madina market and the Madina-Aburi Highway”, the MCE, Jennifer Dede Adjabeng noted.