Floods triggered by heavy rains and a river bursting its banks have killed at least 50 people and left thousands homeless in the southwest Democratic Republic of Congo, a provincial governor told AFP on Thursday.

Torrential rains caused the Kalamu river, which flows through the city of Boma, to overflow for two hours before the waters receded, washing some of the victims across the border into Angola.

“The rains on the night of Monday to Tuesday in Boma have caused at least 50 deaths,” Jacques Mbadu, governor of Kongo Central province, told AFP, adding that a search was still going on for “more bodies that may be buried in the mud”.

“We buried 31 bodies on Wednesday and we expect to get about 20 more bodies back today that ended up across the border in Angola,” Mbadu added.

Boma, which lies near the mouth of the River Congo around 470 kilometres (300 miles) southwest of Kinshasa, is the country’s only Atlantic port. 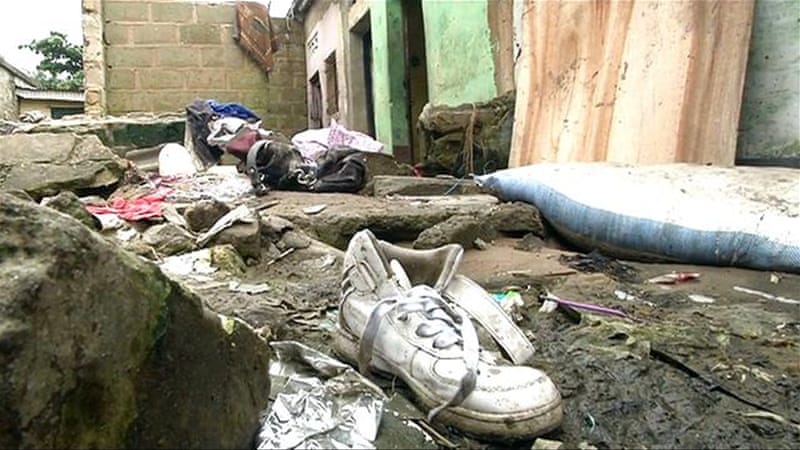 “This is a cyclical phenomenon which happens every 10 years. It last happened in January 2015 but with climate change it’s now happened again in December 2016,” Mbadu said.

Several locals told AFP that two of the city’s three districts were still covered in mud, up to a metre deep in some places.

Congolese towns and cities are typically built up in a haphazard fashion and government services to deal with natural disasters are practically non-existent.

Despite its vast mineral wealth, Congo is classed among the world’s poorest countries and two thirds of its 70 million inhabitants get by on less than $1.25 a day.