At least 95 people have died and scores more injured in fierce dust storms that hit the northern Indian states of Uttar Pradesh and Rajasthan.

Many of the dead were sleeping when their houses collapsed after being struck by intense bursts of lightning.

Dust storms are common in this part of India during summer but loss of life on this scale is unusual.

Sixty-four people died in Uttar Pradesh, 43 of them in Agra district which is home to the Taj Mahal monument. Officials say the death toll could increase.

Falling trees and walls killed many people in the state.

Relief commissioner Sanjay Kumar told PTI that the state government has “sought a detailed report from the affected districts”. 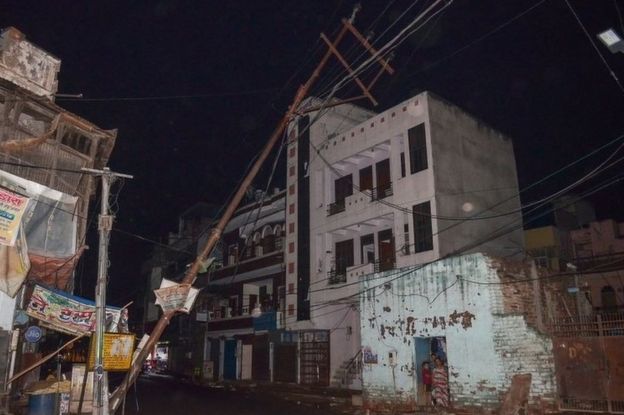 Hundreds of electricity poles were felled in towns across the two states. 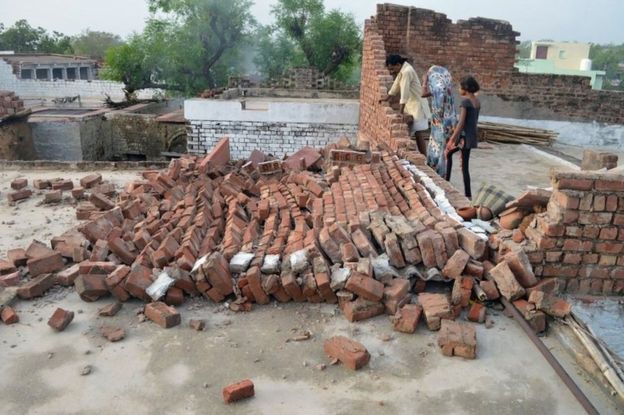 Many of the dead were sleeping when their houses collapsed. 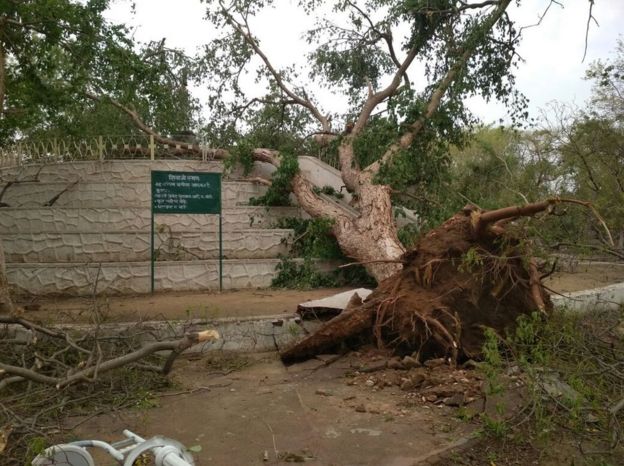 Falling trees and walls killed many people in both states.

The storms also affected three districts in neighbouring Rajasthan – Alwar, Bharatpur and Dholpur – where at least 31 people were killed. Officials say Alwar is worst affected. Schools in the district are closed. 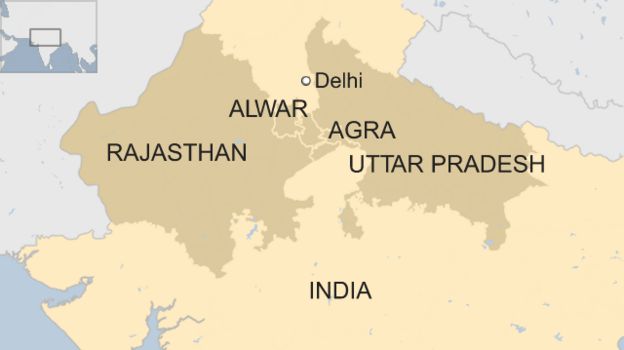 “I’ve been in office for 20 years and this is the worst I’ve seen,” Hemant Gera, secretary for disaster management and relief in Rajasthan, told the BBC.

“We had a high intensity dust storm on 11 April – 19 people died then – but this time it struck during the night so many people sleeping and couldn’t get out of their houses when mud walls collapsed.”

He said teams were trying to restore electricity to homes after 200 to 300 electricity poles were felled in the storm.

The storm also hit the capital Delhi, more than 100km (62 miles) away, along with heavy rains late on Wednesday evening.