Fast growing Afro pop act, Tyra Meek over the weekend landed herself four nominations at the third edition of the Eastern Music Awards

This happens to be the first time Tyra Meek is competing in the regional music awards.

The songstress dominated her nominations with her 2019 single dubbed “Menewoa” produced and mastered by RannyBeatz.

Tyra Meek has Demons, Suicide Love, Mene Woa, Push It  Hard among others to her credit as a musician. 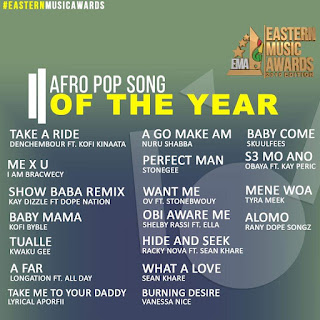 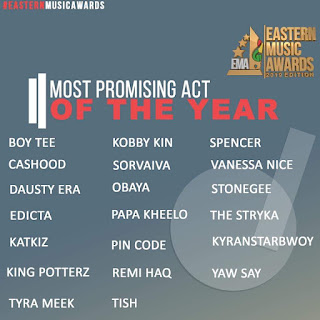 I need a serious man in my life – Vicky Zugah

FaithConcert20: A Fabulous Inception Of Virtual Concert In Ghana

How I lost My Father – Obour Writes