West Ham thrash Manchester United 3-1 at the London Stadium in the English Premier League.
The Hammers continued their form against Manchester United as they are undefeated in three games since defeating Everton by 2-0 at Goodison Park.

Brazilian winger Felipe Anderson sent the Hammers into the lead in the first 5 minutes with a tap-in following an inch-perfect cross from Zabaleta. 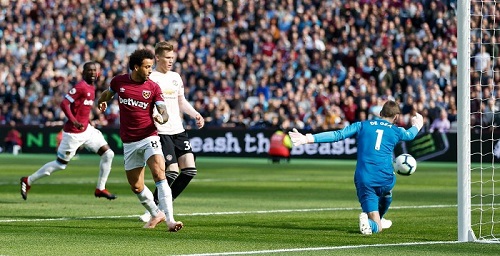 The Red Devils came near to getting the equalizer as Lukaku got a thumping header which came off the post. Manuel Pellegrini’s men doubled their lead with a curled effort courtesy Yarmolenko in the 43rd minute which took a big deflection off Lindelof and looped into the net!

Marcus Rashfordpulled one back for the visitors with a backheel following a cross from Luke Shaw in the 71st minute.

4 minutes after scoring, Manchester United were caught off-guard by striker Arnautrovic who beat the offline trap and struck the ball at the near post past Degea in a one-on-one situation to put the Hammers in a driving seat. 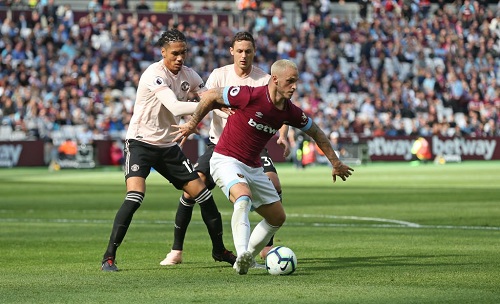 The visitors threw everything at the Hammers but failed to secure a win nor restore parity as West Ham won by 3-1.
According to United Manager, Jose Mourinho, The first goal was offside, but there’s no VAR. In the first half we had a good reaction but then an own goal. In the second half we took a bit of time to react. The goalkeeper made some good saves, their centre-backs had a fantastic match. Congratulations to the scout that found Diop, he is a monster.

“Then we scored for 2-1 and instead of the linesman’s mistake, it’s the referee’s mistake. It was a foul on Marcus Rashford. The third goal kills the game” – he added.

I Have Missed Football – Jurgen Klopp

‘Football Will Never Be The Same Again’ – Messi