The Family of the police officer who was shot dead in last Sunday’s attack on the Kwabenya Police station wants the state to honour him with a state funeral.

Spokesperson for the family, Robert Normesinu Ashilevi, who made the request on their behalf at the ceremony to mark a week since his brother’s passing, said the tragic manner in which their breadwinner died necessitated such an honour.

Mr Ashilevi added that the family is happy with the police’s pursuit of their son’s suspected killer so far .

He, however, called on government to use the tragic passing of Inspector Emmanuel Ashilevi to beef up the general security of police officers across the country.

“Taking into account the circumstances leading to his death, the family will highly appreciate it if the state can accord him a state burial. We will appreciate it,” he said. 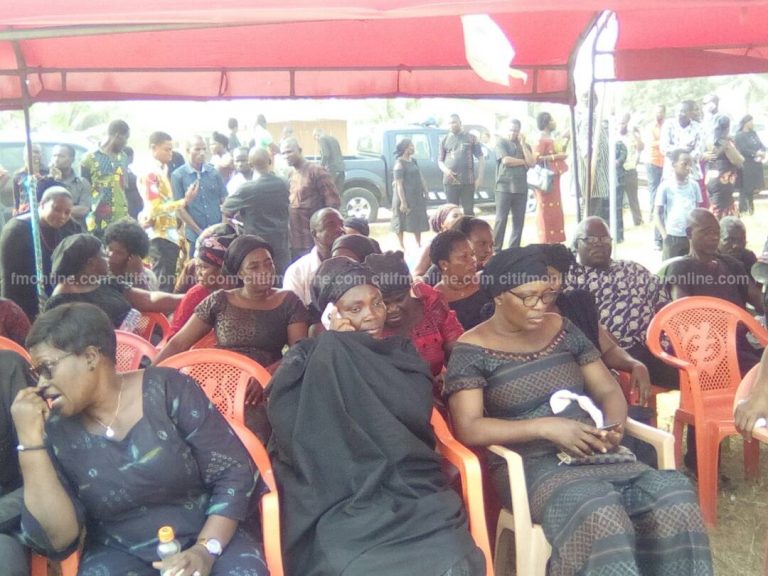 This request comes days after the family asked the government to establish a fund to cater for the education of his children. 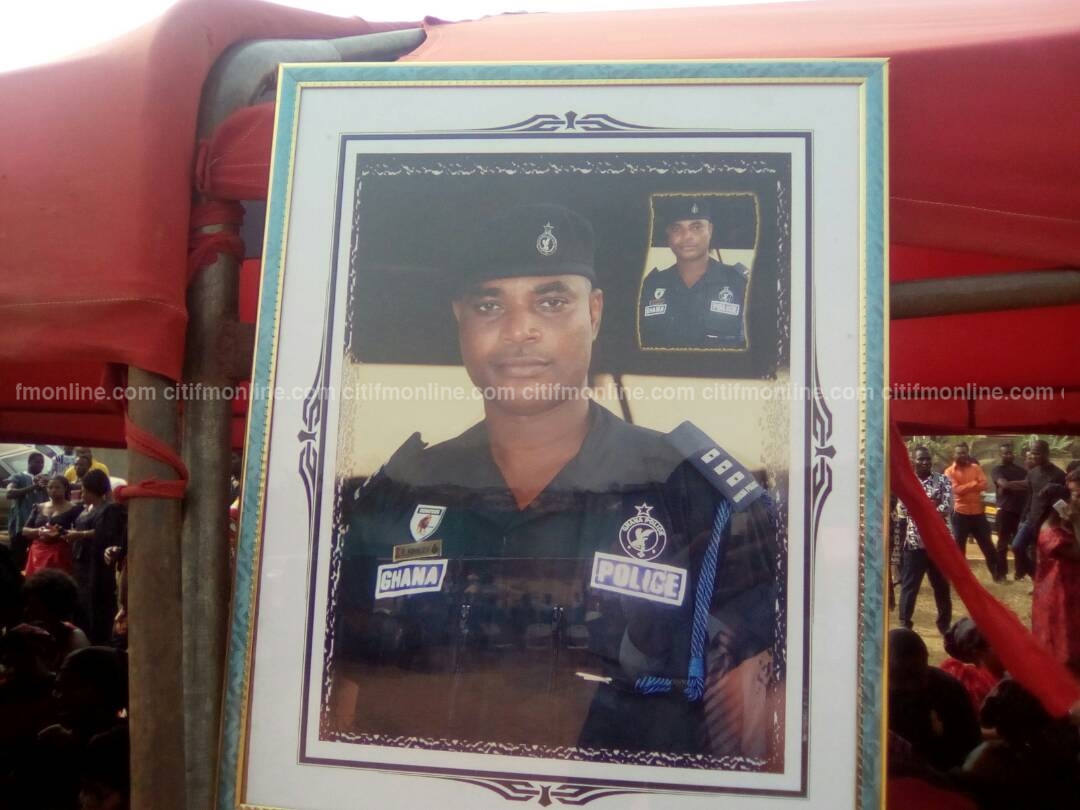 The widow and bereaved family were treated to dirges by the Eastern Regional Police Band. 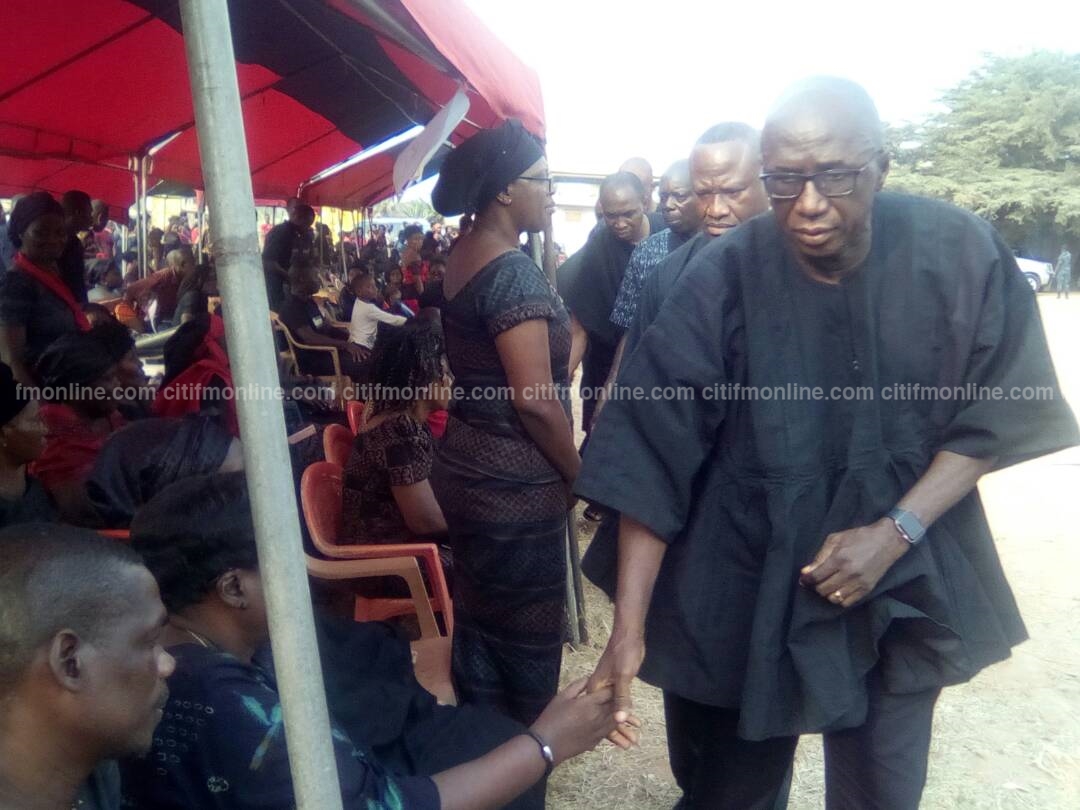 Interior Minister, Ambrose Dery was also present at the ceremony

A total of seven inmates were freed but three of them have since been rearrested.

In the latest development, the Accra Police Command has picked up the man believed to have shot the police officer dead.

The suspect has been identified as Kofi Seshie, aged 28.

Seshie was arrested along with four other suspects in the early hours of Saturday at Kasoa, according to a statement from the police.

The statement said these latest arrests bring the number of people detained following the incident to 11 after six suspects were arrested during the week.

The police had announced a GHc15,000 bounty for any information leading to their arrest of the other four suspects who were freed from police custody by the robbers.

He was the breadwinner for a family of seven with the youngest being 3 years.

Government has since condemned the attack on the Kwabenya District Police Headquarters.

Speaking at a press conference on Monday, Information Minister, Mustapha Hamid, assured that persons involved in the act will face the law.

“First of all government condemns the criminal conduct of these elements in the strongest possible terms. There is a manhunt for these criminal elements and we have no doubts in our minds that they will be brought to face justice.

“Government takes this opportunity to express its deepest sympathies to the family of the deceased policeman… While this is one of the isolated incidents that have unsettled the Ghanaian population, we wish to continue to assure the Ghanaian people that the security agencies are working to ensure the general safety of the population. The preventive mechanism of the Police Service remains intact which helps to nip such occurrences in the bud before they become full-blown criminal activities.”

Terrorism: We’ve Information on Everyone – Gov’t