The four-year hunt for Malaysia Airlines flight MH370 has ended with the latest, privately funded search coming to a close.

US-based Ocean Infinity had been using a deep-sea vessel to survey a vast area of the southern Indian Ocean.

But it found nothing and Malaysia’s government says it has no plans to begin any new searches.

The plane disappeared on 8 March 2014 while flying from Kuala Lumpur to Beijing with 239 people on board.

Official search efforts ended last year and there are still fierce debates about what happened to the flight. 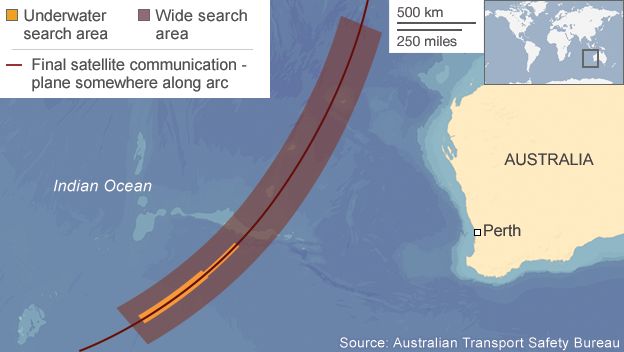 How the mystery unfolded

15 March 2015: After evidence emerges that the plane was diverted to the south, the focus switches to the Indian Ocean

July 2015: Large piece of debris washes ashore on Reunion, an island in the Indian Ocean east of Madagascar

January 2017: The governments of Australia, Malaysia and China announce they are suspending the official search after failing to find anything in the area thought to be the plane’s final resting place

January 2018: Amid pressure from relatives, Malaysia signs a deal with a private company to resume the hunt. Ocean Infinity agree to work unpaid but would have received a reward of up to $70m if it had found the wreckage

May 2018: Deteriorating weather makes operating in the area impossible, bringing the hunt to an end. Malaysia says it has no plans to restart it

Why did flight MH370 come down?

There is still no answer. Finding the plane, or at least more bits of its wreckage, could prove key but investigators have very limited information about the plane’s last hours.

Experts still cannot come to a definitive conclusion as to whether MH370 remained under the pilot’s command, or crashed out of control into the sea.

Purchasing Local Fabrics Will Be Made Mandatory – Alan