The Ghana Education Service (GES) Council has summoned some headmasters of senior high schools (SHS) to Accra to respond to allegations that they are requesting parents and guardians to pay fees already absorbed by the government under its free SHS policy.

The council on Wednesday held an emergency meeting to deliberate on the reports and establish the veracity of the allegations and the way forward.

As of the time of filing this report, the meeting was still in session.

Before the meeting got underway, the Director-General of the GES, Professor Kwasi Opoku-Amankwa, had warned of severe sanctions against any head of a second-cycle school who would be found charging first-year students any fees before offering them admission. 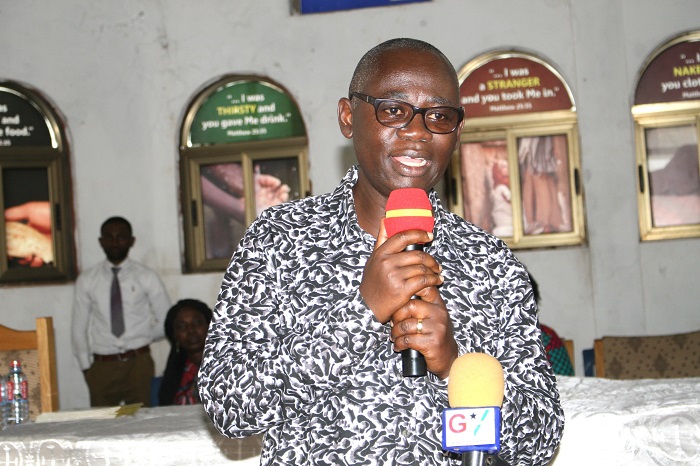 “I can assure you that those who have done that without any authorisation will be sanctioned; I can firmly assure you,” he told the media in Accra.

He could not tell the number of headmasters involved in such acts but said the GES had been receiving reports that some headmasters were asking first-year students to pay some unauthorised fees.

He said reports also suggested that some headmasters had directed students to go to some specific stores to purchase certain basic items.

Prof. Opoku-Amankwa said it was wrong for headmasters to insist that first-year students come along with a number of some basic items such as bed sheets.

He hinted that the GES was taking note of all those headmasters involved in such acts and would deal with them appropriately.

On parent-teacher association (PTA) dues, he said schools could not ask first-year students to pay PTA dues “because PTA dues are fixed when parents meet the school authorities to determine what kind of help they (parents) can give to the school”.

He said it was, therefore, wrong for any school to ask first-year students to pay PTA dues when they had not yet stepped foot on the school compound.

Prof. Opoku-Amankwa hinted that the collection of illegal school fees, the insistence on the payment of PTA dues, among other illegalities, would be discussed by the GES Council and a statement issued to that effect.

On heads of SHSs refusing to admit prospective students reporting at their schools for registration, on the grounds that their names were not on the list, the director-general asked headmasters to update their lists by visiting the GES website, www.cssps.gov.gh/shsheads, to verify the status of candidates.

“It is just a matter of the headmaster or headmistress going into the system,” he said, explaining that there was an officer sitting behind the computer to update any newly placed student.

He added that if a headmaster or headmistress visited the site and still the candidate’s name was still not there, he or she could contact the GES Headquarters with the numbers provided for heads for attention.

The Deputy Minister of Education in charge of Secondary and Technical and Vocational Education and Training (TVET), Dr Yaw Adutwum, said this year’s enrolment into SHS was totally free and any school head caught taking money from any parent would be severely dealt with.

On how to sustain the free SHS policy, he said the Finance Minister would give full details as to how the policy would be sustained, going forward, in the budget statement for next year.

The Ranking Member of the Parliamentary Select Committee on Education, Mr Peter Nortsu, said the policy fell short of what the New Patriotic Party (NPP) government promised Ghanaians during its campaign in the run-up to the 2016 general election.

He said for second and third-year students of SHSs to be left out was discriminatory.

Mr Selorm Brantie of Imani Ghana, a policy think tank, said the government could sustain the policy if the leakages in some public institutions were blocked.

He said Imani Ghana was not against the free SHS programme but was concerned about the government’s failure to give full details of the implementation framework.