Member of pressure group, Occupy Ghana, Sydney Casely-Hayford has advised students of the Ghana Institute of Journalism to focus more on empowering themselves than on trivial things such as fashion.

According to him, most of the students at the University, a large number of whom are females, are more concerned about what they wear than their training.

“Go to the Ghana Institute of Journalism, GIJ, and look at the students who are coming out, majority of them are females and when you look at it, you will see that it is more of a fashion parade…so when we are talking about quality of journalism, they should tone down on the fashion and get a little bit more serious with the actual content,” he added. 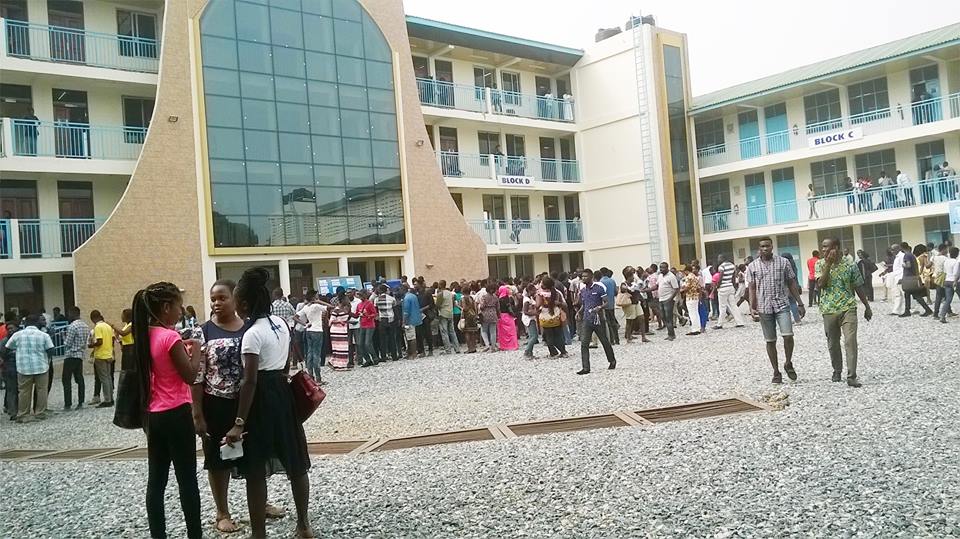 Mr. Casely-Hayford made the remark on Citi FM’s news analysis programme, The Big Issue on Saturday on the back of President Nana Akufo-Addo’s encounter with the media.

The President met some journalists in the country at the Flagstaff House where he was asked questions on a number of topics spanning various sectors.

Ghanaians subsequently lambasted some of the journalists accusing them of asking irrelevant questions with a report by the Media Foundation for West Africa also questioning the relevance of some of the questions that were asked.

Meanwhile, unhappy with the remarks of Mr. Casely-Hayford, the Students’ Representative Council of GIJ issued a statement chastising the Occupy Ghana member and demanded an apology from him.

Below is the full statement from the GIJ SRC

Casely Hayford must apologize and retract his statement against female students of the Ghana Institute of Journalism.

The Students’ Representative Council of the Ghana Institute of Journalism has read a very unfortunate comment attributed to Mr. Casely Hayford of Occupy Ghana ( refer to image for details). The statement was said to have been made on Citi FM’s Saturday flagship program “The Big Issues” on 20th January 2018 and captured in several commentary on social media.

According to him, female students of the Ghana Institute of Journalism are more “interested in fashion parades than empowering themselves”.

The SRC finds his statement to be very sexist, unfortunate, unwarranted, unguided, without basis and an insult to the values of the Ghana Institute of Journalism.

Mr. Casely Hayford in his statement sought to suggest that GIJ female students are only interested in fashion and that should partially be blamed for the “falling” standards in Journalism in the country.

GIJ SRC rejects his assertion completely and would like to  call on him to do the honourable thing of apologizing and retracting his statement.

We would also like to use this opportunity to draw his attention to the following:

and a host of others who are not “engaging in fashion parades” in the industry but are shaping the course of Communication and Journalism in the country.

The current female students of the Institute are embarking on similar paths these stalwarts took during their stay at GIJ as many of them are taking up internship opportunities and chasing excellence as far as the learning of the profession is concerned.

It is even more interesting to note that the comment by Mr. Hayford was about the performance of Journalists at the recent Presidential Press Encounter; an issue the SRC has already addressed and made recommendations on.

The said recommendations have been published widely on various online portals.

It is very unfortunate that an opinion leader like Casely Hayford would not use his platform and such opportunities to discuss the quality of the state of Journalism independent of schools and of gender. The quality of Journalism, he and others should be minded, is a product of many things in this county  and not necessarily the training Institute or the conduct of a specific gender. It borders on the vision of media houses, the ability of the media houses to employ professionals, enforcement of standards by regulators and stakeholders and several other contingencies. It is shocking that he, who is supposed to know better, would reduce the discussion to such sexist commentary.

Casely Hayford has to apologize for his misrepresentation of females in GIJ and GIJ at large.