The Republic of Ghana led by President Akufo-Addo on September 10, 2018, received the remains of the former United Nation General Secretary, Kofi Annan.

The plane, which carried the remains of Kofi Annan was accompanied by his wife, Nane Maria, children and some UN officials touched down at the Kotoka International Airport in Accra at 17:24 GMT after it left Geneva, Switzerland Monday morning. 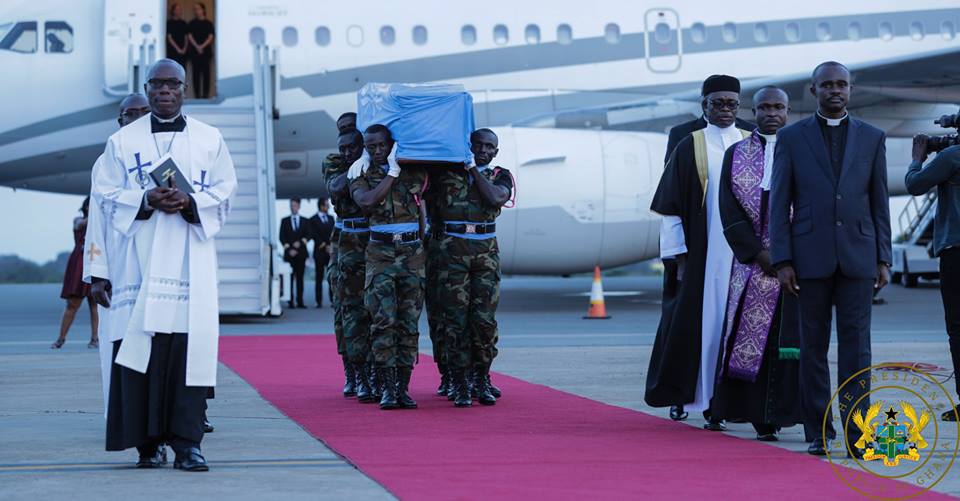 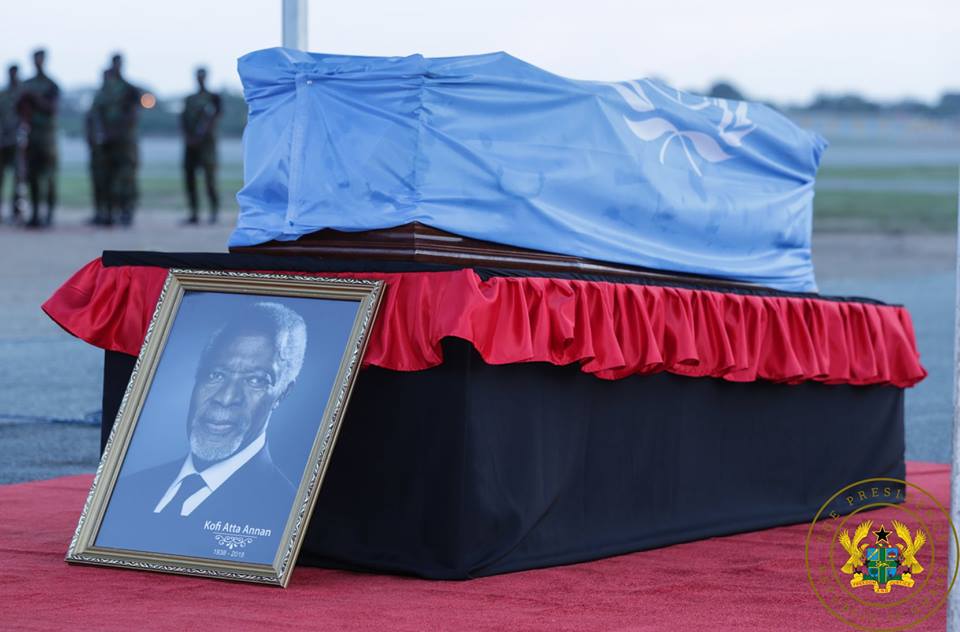 Roads to be closed

Meanwhile, some major roads in Accra will be blocked on Thursday to make way for the burial service of the late Kofi Annan.

Some of the roads include the Ridge roundabout to the Stadium traffic light road.

Information Minister-designate, Kojo Oppong Nkrumah, who made the announcement urged the public to comply with the directive. 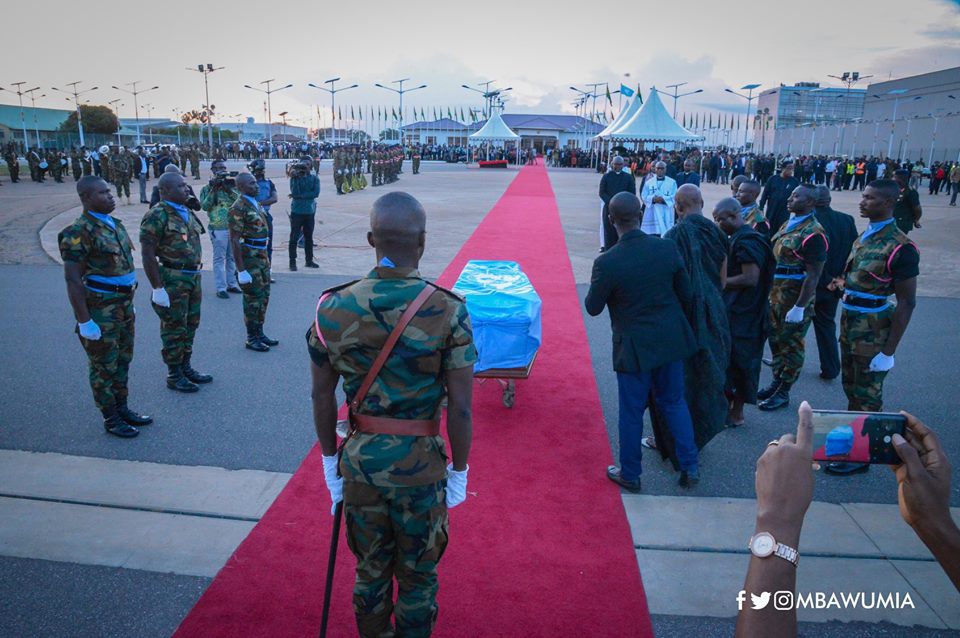 “The main route to the ridge roundabout to the Stadium roundabout will be closed on Thursday, and it’s only those who have received the invitations that would be allowed to access those routes on Thursday. The forecourt of the statehouse and Parliament house are available for parking for those who are invited.”

“And while we encourage the public to come in and pay their last respects on Tuesday. We also ask that we adhere and comply with all the security instructions that would be given by the security officers on the day,” he added.