Hundreds of people are missing and an unknown number dead after a dam under construction collapsed in south-east Laos, state media reported.

More than 6,600 people have been made homeless, it added.

Pictures showed villagers stranded on the roofs of submerged house and boats carrying people to safety.

“The disaster has claimed several human lives [and] left hundreds of people missing,” the agency reported. 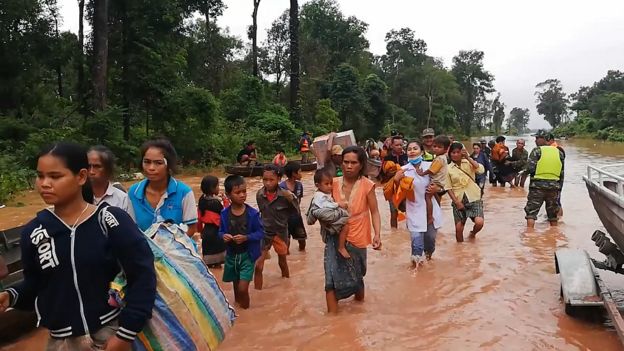 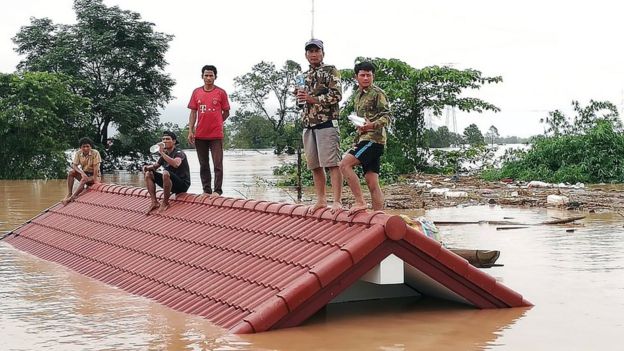 The reason for the collapse of the Xepian-Xe Nam Noy dam is not clear. Its construction began in 2013 and it was due to begin generating power this year.

The incident follows heavy rain and flooding across southern Laos.

SK Engineering & Construction, a South Korean company with a stake in the project, told Reuters news agency that it was “planning to help evacuate and rescue residents in villages near the dam”.

Local authorities have appealed to government bodies and other communities to help provide emergency aid for the victims such as clothing, food, drinking water and medicine.