India’s Supreme Court has dismissed an appeal to stop forest rangers from killing a “man eating” tigress in the western state of Maharashtra.

The court said it would not interfere if forest rangers are forced to shoot the tiger if they fail to capture it.

Officials say the tiger has killed five people but activists have questioned whether the animal was responsible.

Due to rapid deforestation, tigers often come into conflict with villagers who live close to their reserves.

India’s tiger population – which had been on the decline for several years – has steadily increased since 2006 when the country upped its conservation efforts.

“If this is unsuccessful, the animal will have to be shot in order to avoid further loss of human life,” he added.

The animal was last seen in Yavatmal district.

Officials said they will also try to tranquilise the tigress’s two cubs and a male tiger called T2, which has been spotted roaming the same territory. It has not been blamed for any deaths. 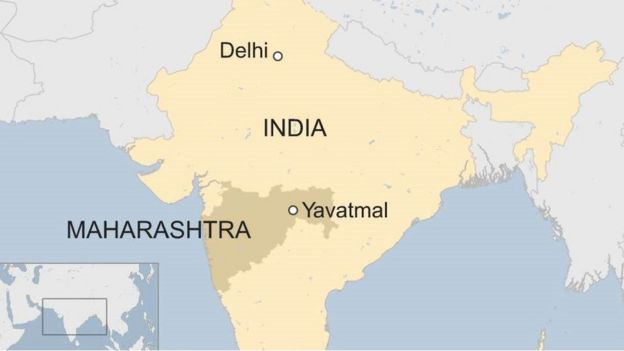 But the two petitioners who took the case to court alleged that the forest department does not have the “requisite expertise” to capture the animal alive and will end up shooting it.

“We are doing everything we can to save T1 and her family because they are innocent and vital to our ecosystem,” Ajay Dubey, one of the petitioners and a wildlife conservationist, told the BBC before the court dismissed the appeal.

India is home to 60% of the world’s tigers. In 2014, a national census showed that the tiger population had risen from 1,706 in 2011 to 2,226, resulting in a 30% increase. This was attributed to activists, government initiatives to streamline conservation and awareness drives in villages.

In 2017, a court in Maharashtra upheld an order to kill a tiger blamed for killing four people despite activists insisting the animal should be tranquilised and moved to another location.

Most attacks on people are chance encounters gone wrong, and the victims are rarely dragged away as prey.

But a series of attacks on people in quick succession is considered a tell-tale sign of a so-called man-eater at work.