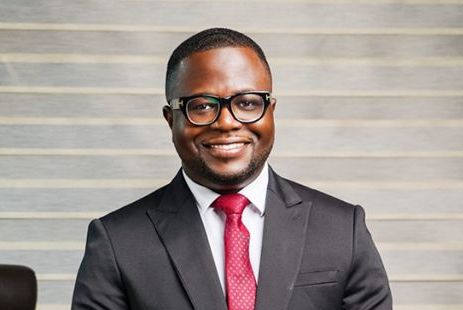 The New Publisher has noticed a very well-behaved gentleman per excellence by name Kofi Tonto, a Government Spokesperson attached to the Ministry of Information.

He is simply a pleasure to listen and certainly knows his onions about effective communication and public relations.

Kofi Tonto comes across as a serious-minded, candid, honest and forward-looking individual who has the interest of the country at heart and places same above partisan interests.

In his submissions on radio and television, the gentleman has always displayed a high level of discerning intelligence, tolerance, respect for hosts and guests and has an admirable ability to stick to the issues tabled for discussion.

Kofi Tonto has proven beyond doubt that he does not underestimate the intelligence of his audience and he is not one that is known for outrageous exaggerations, offensive invectives and emotional comments.

His style would simply be admired and respected by any student of decent and efficient communication. He knows how to listen to a question before answering. He knows how to not interject or interrupt rudely when other guests are making their submissions.

Kofi Tonto is the type of communicator worth writing home about. Even when his submissions are not praiseworthy of the conduct of his Government or its appointees, Kofi Tonto knows how to speak in a way that restores confidence, hope and calms down anger.

His caliber is rare these days.

Kofi Tonto’s style reminds his listeners and observers of the good old days when his party had great communicators in the likes of Oboshie Sai-Coffie, Elizabeth Ohene, Nana Akomea, Kojo Oppong Nkrumah, well, at least Kojo and Nana have not hung their gloves yet.

If the NPP had more of the likes of Kofi Tonto, Dr. Bernard Okoe Boye, the ‘reformed’ Sammi Awuku and a few other decent ones, it would positively communicate its achievements better.

Effective contemporary political communication has shifted from being elusive, abrasive, abusive, deceptive, talking down to others with scorn and disdain and being confrontational.

The New Publisher has said several times that the party in Government seem to take for granted the fact that effective Public Relation and information dissemination goes beyond sending passionate party officials to appear on radio and television talk shows to yell out one-sided-bias party positions as though there is no difference between political propaganda and effective Public Relations.

No human being is born a PR professional. It is a skill that requires training and constant training and the paradigms of how it functions is not static.

PR is planned, deliberate, coordinated and maintained by persons who are trained and tasked for that service.

Kofi Tonto is a great PR ambassador for his Government and deserves commendation.

If Elections Were Held This Week…