In a rather disappointing twist of events, the Komenda Sugar Factory is now selling sugarcane at its 125-acre seedling plantation to distillers of the local alcoholic beverage popularly known as ‘akpeteshie’.

The $35 million India EXIM Bank loan factory remains dormant, due to lack of funds. After an initial test-run when it was commissioned in 2016, it cannot continue to keep the sugarcane that has overgrown beyond the seedling stage.

According to sources at the factory, the sugarcane, some of which have lasted for two years, were supposed to be used for planting in less than nine months on the vast land that lies just opposite factory.

However, having lasted for that long, the plants have turned fibre and have lost most of their water content, making the sugarcane no more suitable for sugar production even if the factory were operational.

The situation is what has prompted officials of the factory to dispose off the sugarcane, an activity they call the best farm management practice.

Officials of the factory will not speak to Citi News on record, but a source within the factory said the harvest and sale has been officially sanctioned by the Ministry of Trade and Industry.

The disappointing twist of events is that, late last year, Citi News did a report on out-grower sugarcane farmers across the Central and Western Regions crying over how the factory was no longer buying the sugarcane they started growing when the factory was commissioned in 2016. 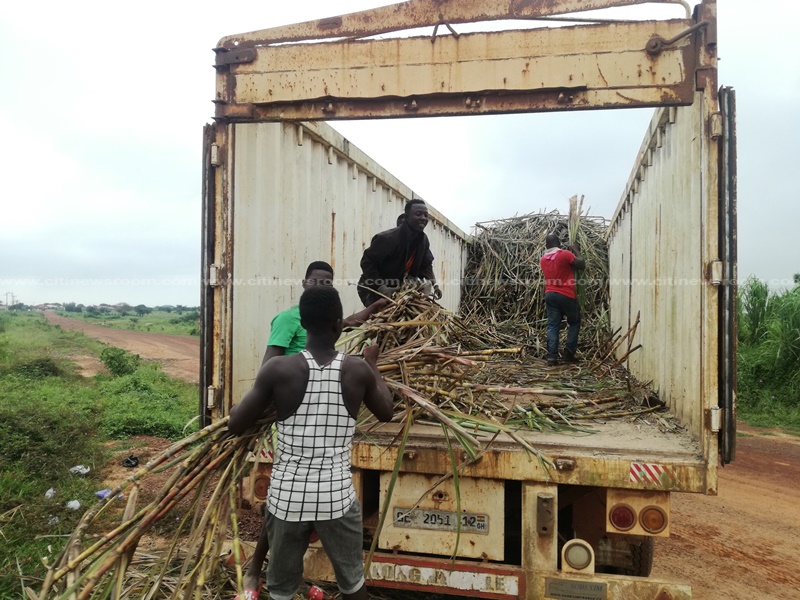 When Citi News visited the 125-acre seedling farm of the factory on Saturday, harvesting of the grown sugarcane was ongoing briskly, while young men were loading the sugarcane into a huge cargo truck standing by.

The buyers present at the time of the visit had come all the way from the Brong Ahafo Region, and were loading the sugarcane into a large cargo truck. They are only one of the diverse buyers who have been alerted of the availability of sugarcane for sale.

Though it appears a brisk business for local alcohol distillers, Auntie Grace, who also buys some of the sugar for distillation of ‘akpeteshie’ in large quantity at Egyaa No. 3 in the Mfantseman Municipality, believes molasses from the factory would have been better. 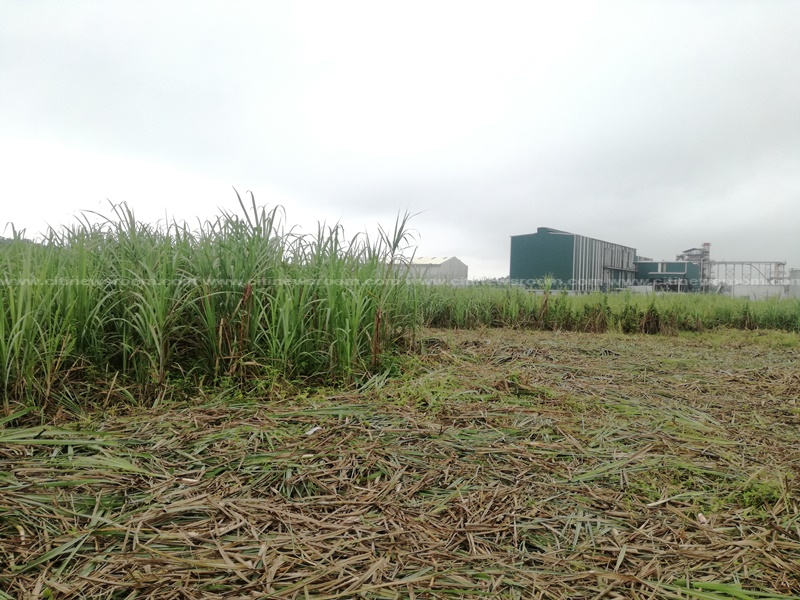 “Molasses would have been cheaper for us the distillers. Buying, transporting and processing the raw sugarcane is very costly, so they should let the factory work for us to rather get molasses”, she said.

Sources within the factory say the sugarcane will sprout again and serve as another batch of seedlings in few months, but if funds are not provided for it to be planted and for the factory to work again, similar harvesting and sale will happen again in a year or two.

Molasses is a viscous product resulting from refining sugarcane or sugar beets into sugar.

Molasses varies by amount of sugar, method of extraction, and age of plant. Sugarcane molasses is primarily used for sweetening and flavoring foods in the United States, Canada, and elsewhere. Molasses is a defining component of fine commercial brown sugar.