Komfo Kolege reveals autopsy results on cause of wife’s death 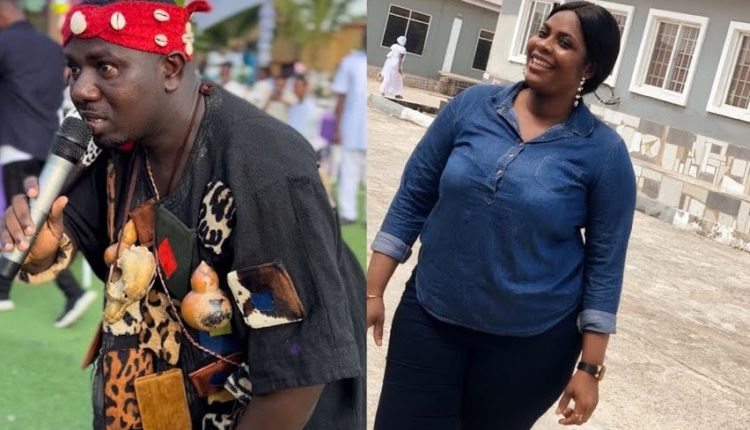 Popular Kumawood actor, Komfo Kolege, has finally found his voice two months after the tragic loss of his wife during childbirth.

The heartbroken widower, who is still in shock and yet to come to terms with the death, says he personally drove his wife to the hospital.

Speaking in an interview with Kwaku Manu on Aggressive TV, the actor revealed that an autopsy report attributed his wife’s death to labour-induced high blood pressure.

“The doctors initially didn’t want to tell me until I went for the autopsy report which indicated there was an instant pressure amidst her pain to push. So this rushed blood into her head and caused a tear in the nerves in her head,” he sadly recounted.

The condition he said, according to medical experts though rare, usually leads to instant death or stroke.

He described the death as the most difficult moment in his life, adding he prays no young couple goes through it.

“It is by grace I am even alive because I thought I was going to die too, due to what I encountered after the news was broken to me. That clearly taught me that if someone is not strong and you experience this, they may die too,” he said.

Crossing The Marriage Carpet, There Is More…