The Ledzokuku-Krowor Municipal Education Directorate (LEKMED) on Friday, held its sixth kindergarten march past as a prelude to commemorate the 62nd Independence Day Celebration.

Speaking at the event on Friday, Mrs. Gloria Naa-Ahinee Clark, Municipal Director at the Ghana Education Service (GES) entreated parents to enroll their kids in school.

She asserted that children would grow to become great achievers if they are given the right foundation in education at the early childhood level.

Mrs. Clark further commended the teachers at the pre-school level within the Municipality for their commitment and hard work. 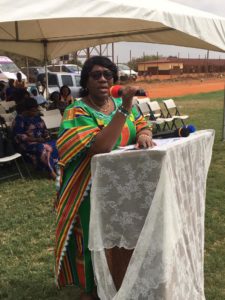 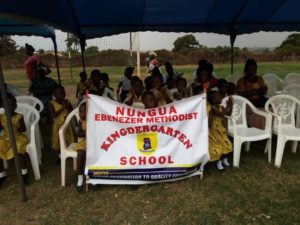 The event was a deliberate attempt to create a bigger stage for children to participate in the independence anniversary celebrations which falls on March 6.

Being a norm, the event commenced with traditional, Islam, and Christian prayers led by students from LEKMA 1&2 Primary KG, St. Augustine’s Basic KG, and the United Church Prep. KG.

The dignitaries gathered at the event were treated to a variety of performances which includes poetry and dance by students from Precious Savior Academy and Wingston International School KG.

However, the march past which was the main purpose of the event, was called off due to a heavy downpour.

Beyond Charles Bissue’s ‘Stepping Aside’

Nothing stops a musician from becoming an MP – Obour