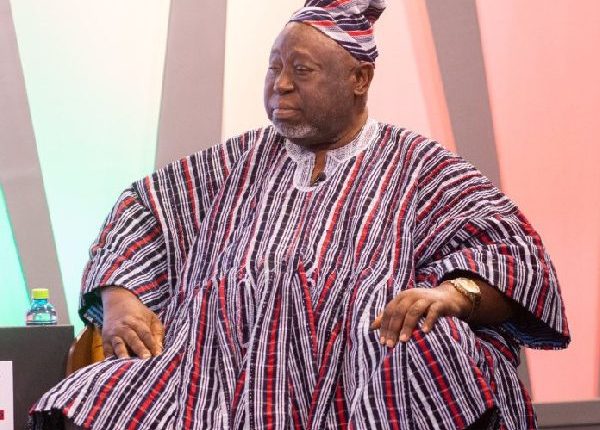 Tributes continue to pour in from across the world when news broke in Accra that former Chairman of the Ghana Football Association (GFA) , Lepowura Alhaji Mohammed Nuru-Deen Jawula had passed away on Saturday at  age 73.

Alhaji Jawula, an elderly Statesman and retired civil servant of very high report  was Lepowura of the Kujolobito Gate of Lepo-Kpembe in the Northern Region.

A day after his death, an official statement from the Islamic Centre of Nashville (ICN), Bellevue Mosque announced yesterday Sunday January 22 as when he would be laid to rest in accordance with Islamic religion.

“It is our deepest sorrow to inform you that Brother Mohammed Nuru Deen Jawula passed away today. He was the father of Sis Eliham Jawula–Imam and father-in-law of Dr Abbas Imam.

“Janaza (burial prayers) will be on Sunday, January 22, at 1:15 pm at the ICN Bellevue,” the statement disclosed.

The Lepowura, who is a devout Muslim, was always championing religious tolerance in the interest of development and as a result abhorred the acrimony among different religious sects.

Sports Journalist with Multimedia Group Limited, Nathaniel Attoh who revealed the wish of the former football administrator while eulogizing him, said “about 2 years ago, I learnt two new things about the distinguished Lepowura M.N.D. Jawula who has now passed on to glory.  He pioneered probably the biggest inter-religious WhatsApp platform of Muslims and Christians. He asked that gospel music be played in addition to all rites that will be performed at his funeral. We thank God for giving him to our dear nation Ghana. We are grateful for all experiences with him on all fronts. May Allah purge him of earthly shortcomings and receive him well”

“I am saddened to hear about the passing of Lepowura Alhaji Mohammed Nuru-Deen Jawula. Lepowura devoted much of his life to sports development and the growth of public service in Ghana. He was a good and kind man.

“I extend my heartfelt condolences to his immediate family, subjects, and Ghana at large. May Allah grant him Jannatul Firdaus”, Dr. Bawumia added.

The New Patriotic Party (NPP) described him as a long-standing and staunch member adding that, he was shortlisted for the running mate of the party ahead of the 2008 General Elections, at which time, he expressed his readiness to relinquish his traditional authority in order to serve the NPP and the Republic in that capacity.

The statement signed by General Secretary Justin Frimpong Kodua added that the late traditional ruler of the Kpembe Traditional area in the Savanna Region also proved himself a distinguished Statesman, having served in the Civil and Public Services for over thirty years

The late sports enthusiast was the GFA Chairman between 1997 and 2001.

It was under his watch that the Black Starlets lifted the FIFA U-17 World Cup in 1995.