Because of love, I took loans for a man I don’t know where he lives 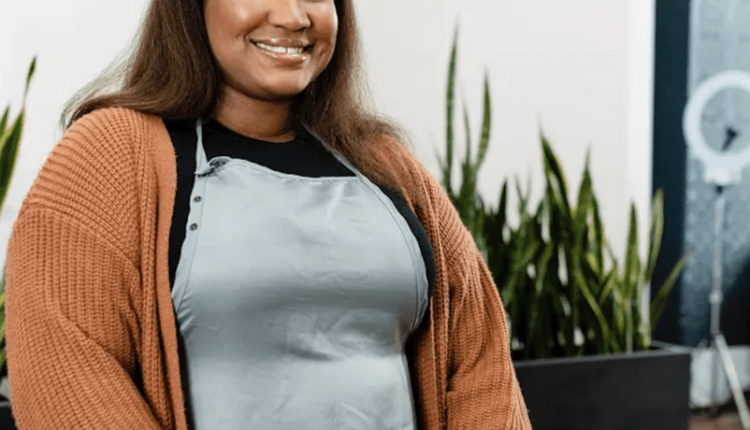 I am one of those people who strongly believe in marriage. My parents set a good example for me with their marriage. I had the expectations of an optimist when I was entering my own marriage. I thought everything was going to be perfect, easy, and beautiful just like what I saw while growing up.

I got married and realized that stories are different. The story of my marriage was so different from that of my parents. Where they had beauty, I had the ashes. Where they blossomed in joy, I cried. Everything was going bad in my marriage but I made it appear like it was perfect. It hurt by I smiled to cover the wrinkles on my face so now would know. Divorce was out of the question because No one in my family had ever been divorced. I wasn’t going to be the first one

After 11 years of oppression and faux happiness, my pastor and his wife sat me down. They said “We think it’s time to stop trying so hard to make your marriage work. You are doing your best to hide your pain but it’s all over you. Everyone can see that your marriage is not working and it will not work. We are your pastors and yes the Bible preaches against divorce but we cannot watch you waste away like that. Do something before the worse happens.” Their counsel was the awakening I needed to take my life into my own hands and reclaim my sense of self. I got the divorce and walked out of the marriage with two beautiful children.

After the divorce, I told myself, “I will surely marry again. IT didn’t work the first time doesn’t mean it will never work. I believe in a second try so I will go again.”

I had an 8-5 work I did on weekdays. On weekends, I worked as a caterer and event planner. One Sunday after I had just returned from a catering job, I received a phone call from one of my female friends. She said, “Guess what? There is someone I want to introduce you to. He is so much like you, I think you two will hit it off. He is a single father just like you are a single mother and ever since I told him about you, he has been asking for your number so I have given it to him. Sorry I didn’t ask you first.”

As soon as I finished talking to my friend the guy called me; “Good evening. I’m Frank. I hope Rejoice has spoken to you about me.”

The conversation picked up from there. He was interesting to talk to or maybe I was just lonely. I kept engaging him and by the fourth day of our acquaintance, he was willing to visit me. Though we were in different regions, he was eager to visit me. I found his eagerness admirable so I told him, “You can visit if it’s convenient for you.” He said, “Oh yes it’s convenient for me. The timing is fine but there’s just one problem.” I asked what the problem is and he said, “It’s about money. We haven’t been paid yet so I don’t have the money to make the trip and also take care of a few other things at home.”

His request took me by surprise but I maintained my composure. He then asked, “Can you loan me some money? Like GH¢2000? I will pay back as soon as my salary is hit my account.” We had known each other for less than a week. Alarm bells started going off in my head especially after he told me not to tell our mutual friend that he asked me for money.

Maybe I was really lonely because I went against my intuition and sent him GH¢1,800. I told him, “That’s all I have.” A few days after I sent him the money, he visited me. I was even scared he might try something inappropriate with me but he didn’t. This only gave me the confirmation that he was a good Christian brother.

Less than a week after his visit, he asked me for GH¢1,000 and I gave him GH¢500 and that was the beginning of the request pattern. As I’m writing this, I can’t even calculate how much money I have spent on him. Apart from the physical amount I sent to his account, I also spent a lot of money on foodstuffs for him.

Our primary mode of communication was video calls. We could talk on video for so long but anytime I asked to visit him he would give me an excuse. Sometimes he would say he doesn’t have money to host me. If I suggest sponsoring my own visit, he would say no. That was really strange to me because I sent him money and foodstuff and he accepted them so it was unusual for him to reject my offer of self-sponsorship. I remember one time I went to Accra (He lives in Accra) for personal reasons. After I finished with my business, I told him I’d like to visit him and he refused. He even feigned anger just to put me off. I didn’t push it. I went home without seeing him.

Eventually, he quit his job and got something better. In the first month of his new work, we were fine. I gave him money for food and transportation and he was a caring and attentive boyfriend. Just a week before the month ends, he changed. He suddenly became too busy to talk to me. He started giving several excuses; “I’m busy I can’t talk right now.” “Sorry I haven’t been in touch; my phone has been off. You know ECG and their dumsor.” He never ran out of excuses.

I felt time will bring him to normal but after so many weeks, he still remains evasive. He wasn’t like that in the beginning. I’ve tried to talk to him about it but each time I try, he shuts me down; “You complain too much. Are you a child who needs babysitting?” My friend doesn’t know what is going on between us. I haven’t told her about my struggles with the man she brought my way. I don’t want to put his business out there.

I’m so heartbroken especially when I think about all the money I’ve invested in him. Even when I didn’t have money, I took loans for him because he promised he would pay as soon as his salary starts coming. Now he doesn’t talk to me anymore and I don’t even know where he lives. What am I going to do to get him to change his ways? Because of him, I’ve lost faith in men and in marriage. I think I will end the love thing here and look after myself. I’m done.