Veteran Malaysian politician Mahathir Mohamad is set to become the world’s oldest leader after a shock victory in the country’s election, when he upended six decades of control by the ruling coalition.

In his triumphant return to front line Malaysian politics, Prime Minister-elect Mahathir — who also ruled the country from 1981 to 2003 — pledged to form a new government quickly, following a momentous night in which scandal-plagued incumbent Najib Razak was soundly beaten at the polls by his former mentor.
Mahathir, who will become the world’s oldest leader aged 92, set a challenge to Malaysia’s constitutional ruler, King Muhammad V, who needs to rubber-stamp his appointment, to install him as the new leader by 5 p.m. (5 a.m. ET).
“We hope that by 5 o’clock today, we will have a prime minister,” he said at a press conference to mark his electoral victory.
Shortly before that deadline, his car, along with those of the leaders of his coalition partners, were seen entering the palace gates. However, it wasn’t clear whether Mahathir was being sworn in. 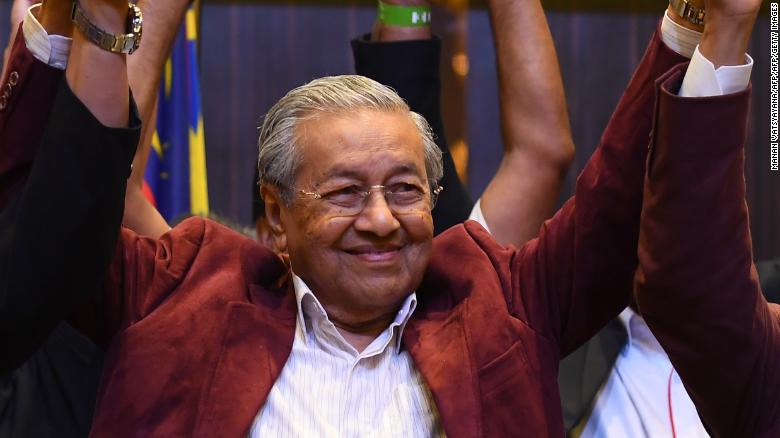 Mahathir, who governed the country for 22 years as strongman leader of the Barisan Nasional coalition, came out of retirement to challenge the incumbent in the country’s 14th general election.
In January, Mahathir said that running was “a job I have to do,” in an exclusive interview with CNN.
The veteran politician’s coalition won 121 seats, enough to form a simple majority and take control of the House. Barisan Nasional, the coalition that has led the country since independence in 1964, only won 79 seats, a far cry from the 133 it won in the 2013 election. 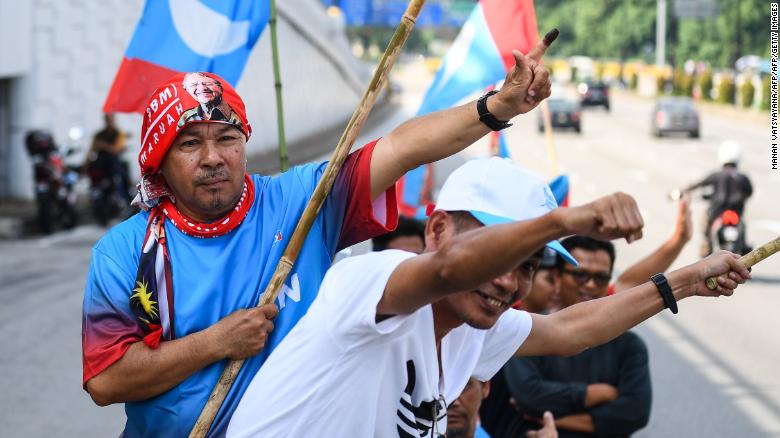 Ousted Malaysian Prime Minister Najib had earlier conceded defeat.
Acknowledging the electoral bloodbath that saw his ruling Barisan Nasional (BN) coalition lose over 50 seats, Najib said that he accepts the “will of the people,” but also trumpeted the achievements of his government.
Despite the thrashing at the polls, Najib’s speech appeared to tease the possibility that the identity of the country’s next leader was not a foregone conclusion.
“Because no party got a simple majority, the King will decide whom to appoint as Prime Minister … Barisan Nasional will accept the King’s decision, and I urge all Malaysians to accept the decision calmly and place their faith in the King to make a wise decision.” 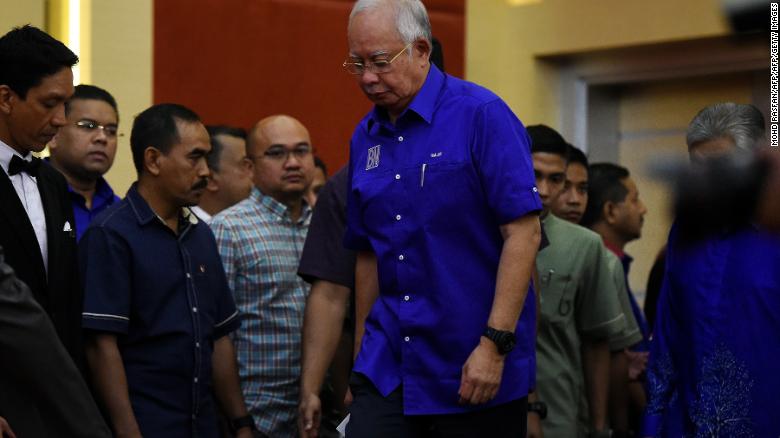 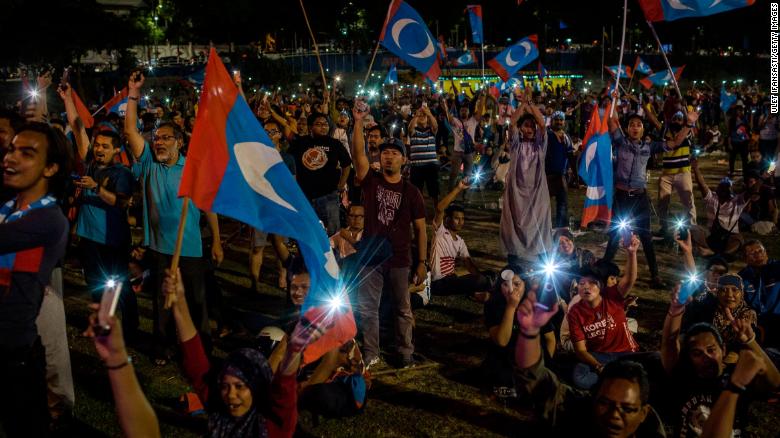 Najib was also under fire because of deeply unpopular moves such as the introduction of a goods and services tax (GST), which many Malaysians feel has caused the cost of living to spike sharply.
The defeated former leader also saw several members of his Cabinet, ministers and deputy ministers, defeated at the polls, and crashed out of eight of the battles for control of 12 state legislatures contested in the election.

Polling day came with its own share of controversies. Voters in some areas were turned away by election officials for wearing shorts and flip-flops, despite a statement from the Electoral Commission’s chairman the day before that there wouldn’t be a dress code for voters.
There were also allegations of discrepancies in voting papers, with some voters who turned up to cast their ballots told that they had already voted.
Earlier Wedneday, opposition politicians claimed their phones and email accounts had been hacked and spammed, saying it was a deliberate attempt to disrupt their communications.

More Than 30 Killed In Kenya After Dam Collapse