The Duchess of Sussex’s father, Thomas Markle, has revealed his daughter cried when he told her he would not be attending her wedding to Prince Harry.

He also expressed his disappointment at not walking her down the aisle.

“I’m a footnote to the greatest moment in history rather than the dad who walked his daughter down the aisle. That upsets me somewhat,” he told ITV’s Good Morning Britain.

He said he watched the event on TV from a B&B in the US after having surgery.

He said he cried while viewing it, describing the duchess as “beautiful” and saying it was “incredible” that “the whole world was watching my daughter”.

In the lengthy interview, he also revealed what he said when Prince Harry asked to marry his daughter, his political conversations with his new son-in-law and whether a royal baby could soon be on the way.

Mr Markle told GMB he broke the news that he would not be there in an emotional phone call with his daughter and Prince Harry.

“They were disappointed … and they both said, ‘Take care of yourself, we are really worried about you’,” he said.

He said he was recovering well from his heart surgery, which saw him have three stents fitted.

Prince Charles walked the duchess down the aisle instead.

Mr Markle said he felt “jealous”, but added: “I was honoured, I can’t think of a better replacement than someone like Prince Charles.

“I was thrilled to tears he was doing that, I just wish it had been my hand holding hers not his.”

The only member of the duchess’s family to attend the wedding was her mother, Doria Ragland.

Speaking about her being at the wedding, he said: “My ex-wife is a beautiful woman. I thought she looked very good.

“I kind of wish she was sitting next to someone.” 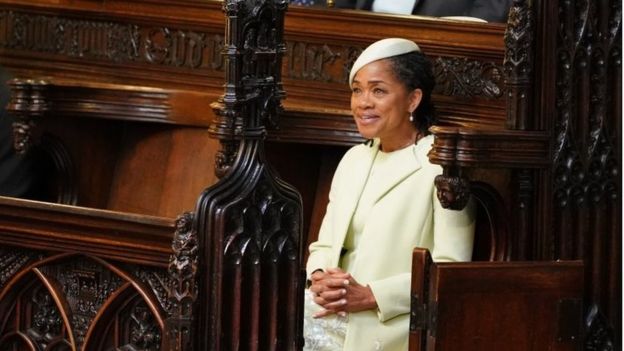 He revealed 40 to 50 members of the Markle family asked for invitations to the wedding.

He said Meghan probably had “the good sense” not to invite any of her other relatives because “she would have offended the others” who were not invited.

When asked about his new family, Mr Markle said he wanted to have “a nice, normal relationship” with the royals.

He added he would “love to meet” the Queen.

“I’ve had respect for that woman since I was a child. I think she’s one of the most incredible women in the world,” he said.

He also expressed the hope that he had not offended Meghan and Harry by giving the interview.

“I don’t think I have, they know I love them and I hope the royals – the Royal Family – will understand my feelings as well,” he said.