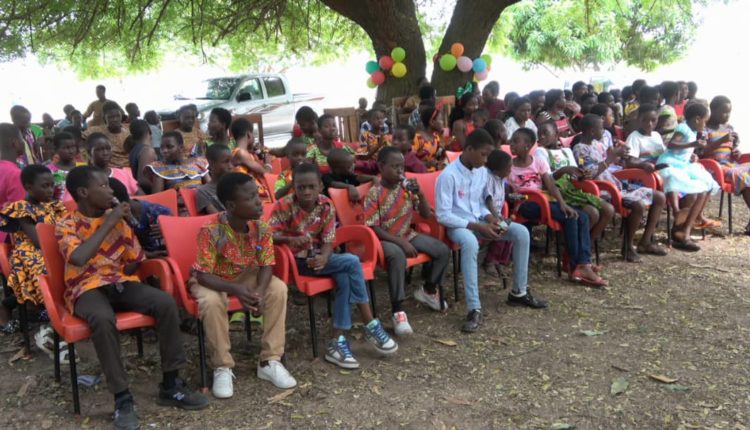 PROMACH Foundation, a non-governmental organisation is worried about the trend where mentally ill women roaming the streets of the Central Region get pregnant without husbands.

The NGO says the trend is contributing to the surge in orphan children since most of the children born from this act end up at orphanage homes.

The foundation believes some fundamental issues such as economic needs, social frustrations, among others contribute to most people developing mental health.

In the last quarter of 2022, organisations such as Hope Children’s Village have recorded 6 cases of mental health patients being pregnant.

Speaking after organising a feast for the Hope Children’s Village a subsidiary of the Village of Hope in Gomoa Fetteh Ayegre Marthias Anaba, co-founder of Promoting Maternal Adolescent and Child Health Foundation (PROMACH) indicated that, there is a need for government to pay critical attention to mental health issues.

She added that a lot needs to be invested in that area to ensure the fight is won against the menace.

“The causes of mental health are wide, and it ranges from social frustrations, economic needs, and above all depression which eventually leads to people developing mental health issues. Government must get the fundamentals right, in order to deal with the menace. Some People get pregnant and throw them away as a result of mental health and some of these children end up in orphanages,” Ayegre Mathias Anaba said.

He noted that orphanages such as Hope Children’s Village have received children born from such situations.

The Co-Founder is optimistic that improving the economic status of the country will go a long way to reduce mental health issues.

On his part, Samuel Addo, Managing Director of the Hope Children’s Village, one of the facilities that receive children born from mentally ill women indicated that, the trend is on the rise in the region.

According to him, they received a little over six children from mentally ill pregnant women who delivered in 2022.

“Last year [2022] alone we received over six children born from mentally ill pregnant women and this is worrying. People are taking advantage of mentally ill women and I don’t know if some are for ritual purposes because nobody in his right frame of mind will impregnate a woman in such a situation.

“Some of the women too are not mad but have psychological issues and people take advantage of them,” the Managing Director of Hope Children’s Village told Citi News.

The Director of the orphanage further urged women not to throw their babies away when they give birth, since the children are not guilty of any wrongdoing.

“If you give birth to a child, and you don’t have the means to take care of the child, consult the department of social welfare. I’m sure they have ways of helping that individual. There is no need harming the child,” Mr. Osei entreated.

PROMACH Foundation later donated food items to the Hope Children’s Village and also clothed the children with some African prints.