A former Chief of Defense Staff, Brig. Gen. Nunoo Mensah, has endorsed Ekwow Spio-Garbrah as the best person to lead the National Democratic Congress [NDC] in the 2020 elections, describing him as the liberator and motivator of Ghanaian youth.

He said the youth of the country are in dire need of someone to keep their hopes alive, a task he believes can be delivered by Spio-Garbrah.

Speaking at a media event on Wednesday where Spio-Garbrah launched  his ‘Forward Agenda’ campaign to contest the NDC presidential primaries, Nunoo Mensah said the former Minister has his full support.

“I have decided to be behind Spio-Garbrah in what he is doing, because I believe that even though I am 80 years old, I have a few more years ahead of me. I have a job, not only to educate my children but people of that age, those who are coming behind us ought to know where we are coming from and where we are going. Many of our youth are in great difficulties to survive, but we do not tell you. When I look at the future and look at the youth, I get very worried about the future. We have many young people that are going round the country today without any better hope of a better future, but when we are coming together as a nation to find  a solution, sometimes we base it on too much politics in our report and do not tell the truth.”

“…So I am behind Spio-Garbrah, because I believe that we have to mentor the youth, I have been a young man before, and I have not been an old man for too long, what I went through as a young man, I don’t want our young people to go through the same things, so I am here today, because I believe that what Spio Garbrah is doing needs support from all of us and the media in particular, to broadcast what he is doing because the youths today are like a lost sheep and need people like me, and all of us to guide and inspire them into the future.” 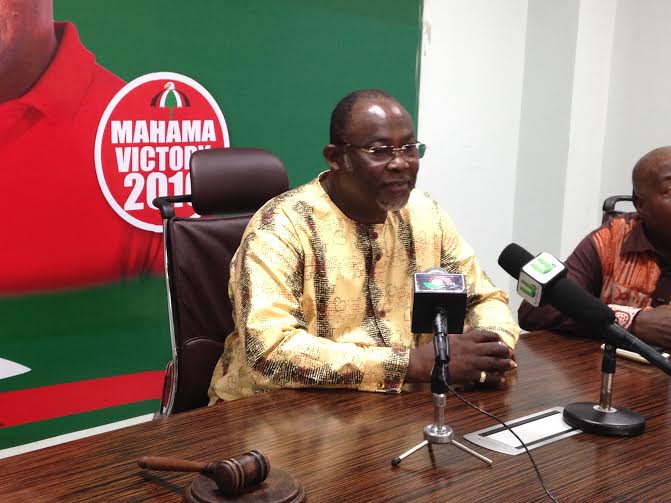 Spio-Garbrah’s move comes at a time when the NDC is embarking on a re-organisation exercise after its defeat in the 2016 elections.

The Former Trade and Industry Minister says he’s the right man to tackle the many problems plaguing the country, adding that he’s ready to contest primaries later this year. He thus called on the party members and Ghanaians as a whole to support him.

“…So I am just saying that this Forward Agenda that has been established to carry the message of sacrifice of stewardship of partnership with many stakeholders and with commitment of the development of Ghana and Africa, is not one that can be led by just anybody. It is not a matter of talent, it is not just a matter competence or your financial capacity, it is the motivation in your spirit, which is very difficult to measure, difficult to examine. What will motivate someone 20 years ago, when he could not have been thinking of presidential potential to give up a 10,000 dollar monthly salary for a 500 dollar monthly salary.

How many Ghanaians do you that know have done that or are willing to do that, so these are things that the media can examine, it is this knowledge that I have been privilege to experience and to observe and to see at firsthand, not somebody writing for me to read in a book, that has given the inspiration to say to you and to other Ghanaians especially those in my party, the National Democratic Congress (NDC), that should you wish to give me the opportunity to lead this party and hopefully to lead this country, that I know what it takes and what to do to solve most, if not all the problems we talk about in Ghana” he said.