Some commercial motor riders commonly called ‘Okada riders’ on Tuesday clashed with the police at Ashaiman.

According to reports, the altercation followed the storming of the Ashaiman Divisional Police headquarters by the Okada riders to protest what they claimed was constant police harassment in their operations.

The riders accused the police of disturbing their operations in town, making them to pay huge fines to the court.

They refused to leave the Ashaiman Divisional police premises after the police and some stakeholders spoke to them. 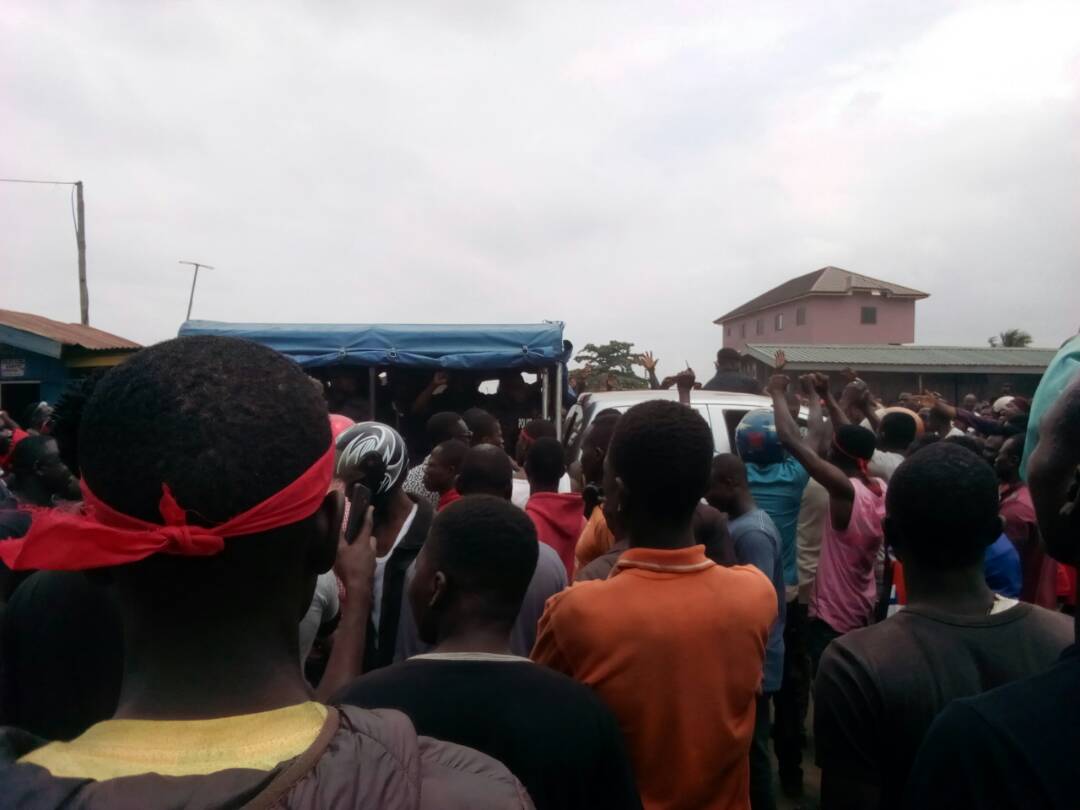 In an attempt to stop them, the police fired tear gas to disperse them and the riders threw stones at the police.

The riders damaged a police vehicle with registration number GP 2876 in the process.

The situation has since been brought under control.

Nana Appiah Mensah To Build A New Theatre In Kumasi

Dumelevo accused of being Togolese above 60