Leadership and management of the National Pensions Regulatory Authority, led by their sector Minister, Hon Ignatius Baffour-Awuah, on Monday paid a courtesy call on Vice President Dr. Mahamadu Bawumia at the Jubilee House to brief him on their activities so far, and their plans for the future.

Dr. Bawumia, after the visit, noted on his Facebook wall : “a well-regulated and functioning pension system is a major driver for investment and development, and we agreed to work together with all stakeholders not just to accelerate the pace of pension acceptance through the use of digitalization, but to focus on designing and rolling out tailored pension schemes for the informal sector, such as the Cocoa Farmers Pension Scheme which will soon be launched.

“Together, we agreed to work to significantly increase access of informal sector employees to pension schemes.”

Out of the 12 million people employed in Ghana, 10 million are in the informal sector with no access to pension schemes.

Below are some photos from the visit: 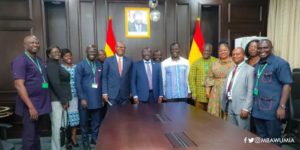 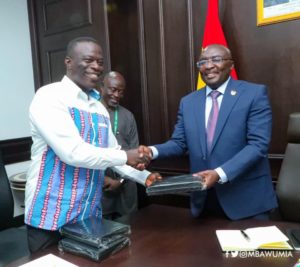 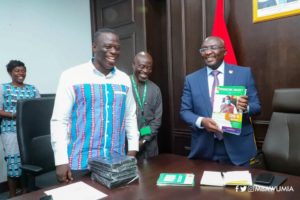 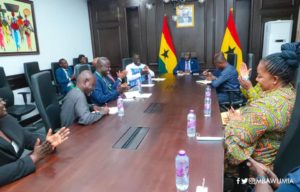 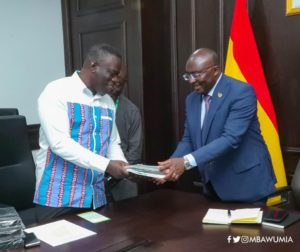 DEMOLITION ALERT: All private buildings on gov’t lands to go down