Personality Profile: How young Mazi Okoro is changing the reading culture in Nima

Nima, one of Ghana’s most populous and economically deprived communities is also home to some of the nation’s brightest and most creative citizens.

One of such people is Inusah Mohammed, a vibrant young man popularly known as Mazi Okoro who is a recent graduate of the University of Professional Studies and the founder of Success Book Club, a nonprofit organization that encourages young people, particularly within the Zongo communities to read.

Mazi achieves this objective by making books readily available to them and engaging them in monthly book club meetings.

Speaking to Mazi, I became curious as to why a young man would be so passionate about reading and sharing his love for reading with those around him. He tells me how his mother who is a teacher, always encouraged him to read by making reading materials readily available to him, as he grew older, the love of reading became a part of him.

“Mom always provided me with every reading material. As a child, I read all the books; Little Red Riding Hood, Cinderella, Gingerbread.”

As he grew older, Mazi’s taste in books changed from Western fictional children’s books to African historical books and autobiographies. These books would contribute to shaping his worldview, his sense of purpose and drive to live a life of service. 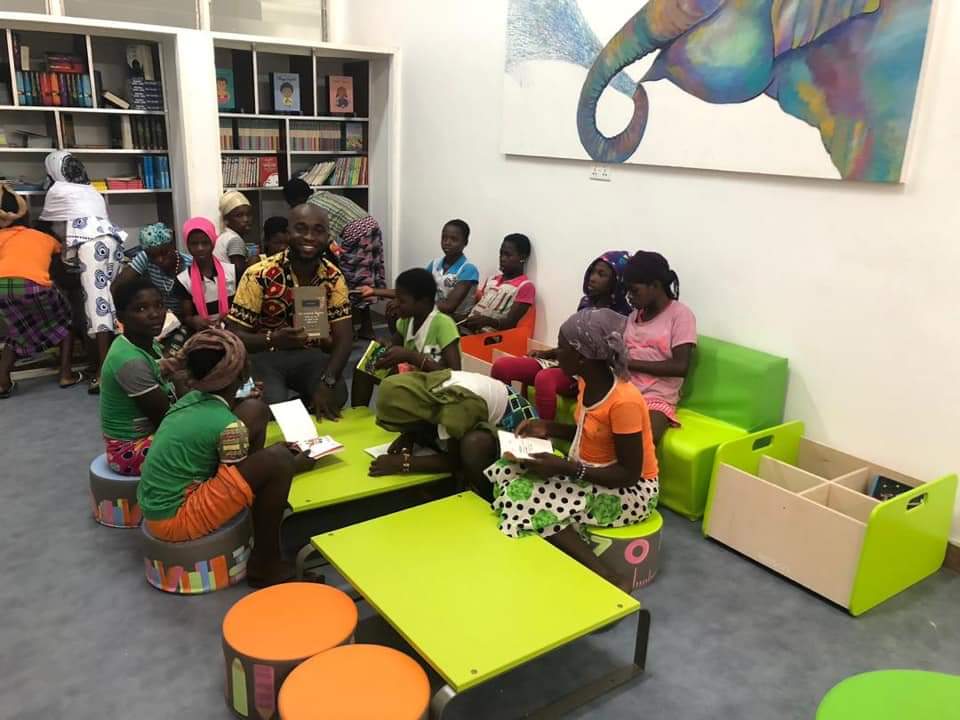 From Fairytales to History and Autobiographies

He credits his introduction to the world of African History and Autobiographies to Mahmoud Jajah, the founder of the Initiative for Youth Development, a youth-oriented non-profit organization committed to improving the lives of young people in Zongo communities across Ghana. He recalls the first book Jajah introduced him to:

I then asked Mazi what differentiated ‘Long Walk to Freedom’ and ‘Think Big’ from the books he read as a child.

“Long Walk to Freedom is about how influential a man can be to his community. IT taught me about apartheid and how people were discriminated against because of the color of their skin. I learned about how people could rise up to fight the circumstances of their time,” he explained. 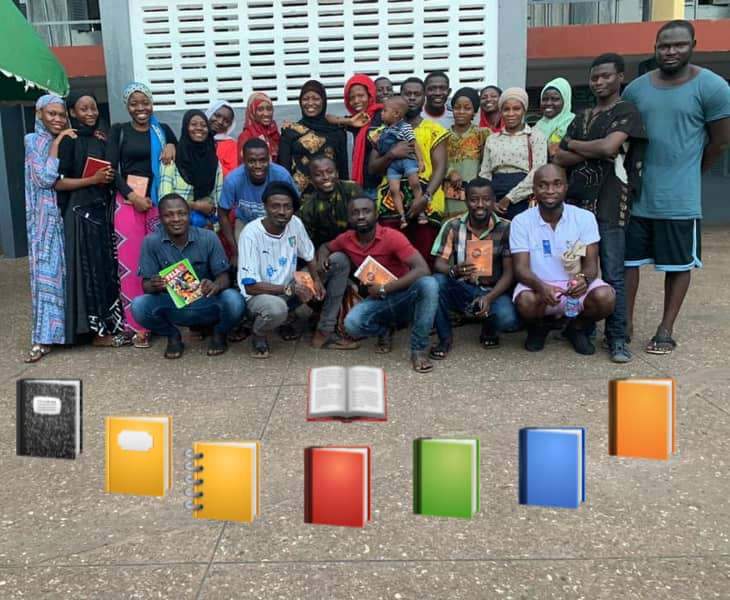 We then moved from Nelson Mandela and Ben Carson to one of my personal heroes, Malcolm X. I could understand Malcolm’s influence on a young African American involved in the wrong things and seeking desperately to turn his life around, but I could not connect how he could possibly influence Mazi, a young man from Nima, a completely different reality from the projects, gangs, and drugs that plagued Malcolm Little’s life before he ended up in jail.

“Autobiography of Malcolm X, every young person should read. Malcolm X was ignorant and did all the bad things in the world but met a man in prison who introduced him to reading. His story shows how transformative reading is and the redemptive power of reading,” Mazi clarified.

I was able to appreciate how Malcolm X’s journey serves as a great motivation for anyone who feels as though they have hit rock bottom. It doesn’t get any worse than a drug-dealing thief. If Malcolm could turn his life around, who are we to not bet on ourselves? 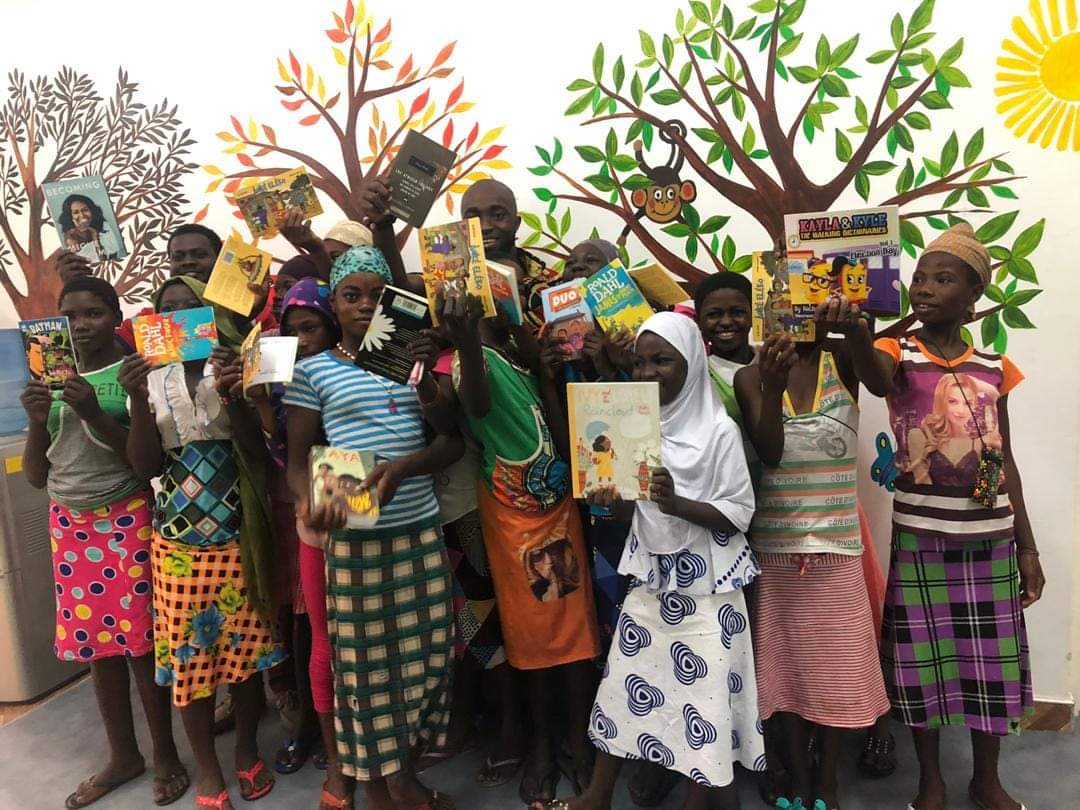 As Mazi narrated his personal story, it was evident that he had some of the qualities of the authors whose books made an impact on him. Although Mazi was not as academically challenged as Ben Carson was as a child, there was a time he was struggling with his academic work and needed to reorient his academic abilities in certain subjects such as science and his natural excellence in the arts:

“I was a very brilliant student from my childhood. In Senior High School, I studied science and was able to come out with an average grade. In the polytechnic, I studied laboratory science but I came out with a dismissal letter after three years. I wrote a letter to the counsellor that I will commit suicide from being sacked and he advised there is nothing suicidal about being sacked from school.”

Just as Malcolm X’s friend had helped him see that being illiterate was not the end of the world and he could excel if he applied himself, Mazi’s Counsellor helped him appreciate that science might not be his strength but it in no way meant he was any less intelligent than the other students.

It simply meant he needed to discover what his strengths were and invest in them to be of value to not only himself but his community. Just as Ben Carson did not limit himself to only reading science books, Mazi’s curiosities did not remain in the arts but pushed him to be a more informed citizen who made it his life’s mission to ensure others are enlightened as well.

And just as Nelson Mandela lived a life of service, Mazi’s Success Book Club is all about giving others opportunity to feed their intellectual curiosities, not become comfortable in their ignorance, question toxic societal norms and uplift one another through reading and sharing of ideas.

Columnist:  Dziffa Akua Ametam, is the co-host of Citi TV’s Breakfast Daily program which airs between 7:30 am and 10 am every weekday.

Mahama writes: COVID-19 is a chance for Africa to have its own marshall plan

Sekou Nkrumah: Why my siblings and I are politically divided