Earlier today, the Black Maidens of Ghana touched down at the Kotoka international airport terminal 3 arrival hall in Accra on Wednesday after their FIFA U-17 Women’s World Cup campaign in Uruguay.

The Black Maidens shared the 2-2 points with Mexico in the quarterfinals within regulations time but lost 4-2 on penalties to the South Americans.

Mukarama Abdulai gave Ghana the lead by the 46th minute — her seventh goal of the tournament — after she met a cross from Mavis Owusu before Nicole Perez equalised from the spot for Mexico on the hour mark.

Substitute Susan Teye restored Ghana’s lead on 75th minute but a goalkeeping howler from Boadu late in the game helped Perez to score her second goal of the day, which dragged the encounter into penalty shootouts. Justice Tweneboah and Elizabeth Oppong missed their kicks for Ghana.

The team upon arrival was accompanied by the technical team, National sports authority acting director general, Majeed Bawa, Normalisation committee member in charge of Women’s Football, Naa Odofoley, Ministry of Youth and sports spokesperson Elvis Adjei Baah among others were there to welcome the Maidens.

Reports available indicates, the team would be logging at M Plaza hotel awaiting to be officially dispersed to their various base.

Fans came in their numbers to welcome the Maidens who painfully exited the competition at the quarter-final stage after losing to Mexico on penalties.

Fittingly, captain and star forward, Mukarama Abdulai received the most attention for her splendid display at the tournament where she scored 7 goals in 4 games. In doing so she broke Jane Ayieyam’s record of the most goals scored by a Ghanaian at the competition set back in 2012. 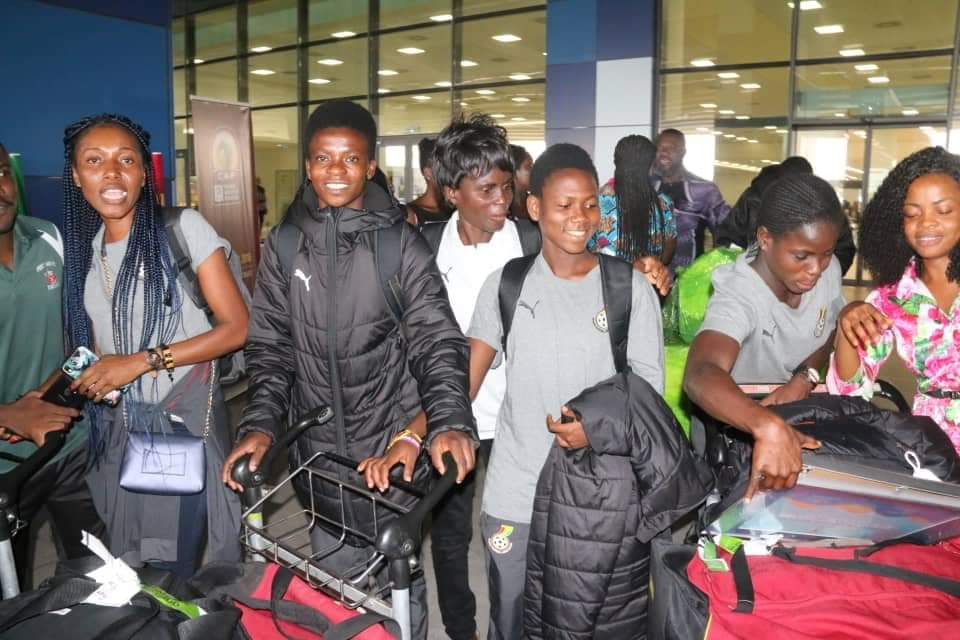 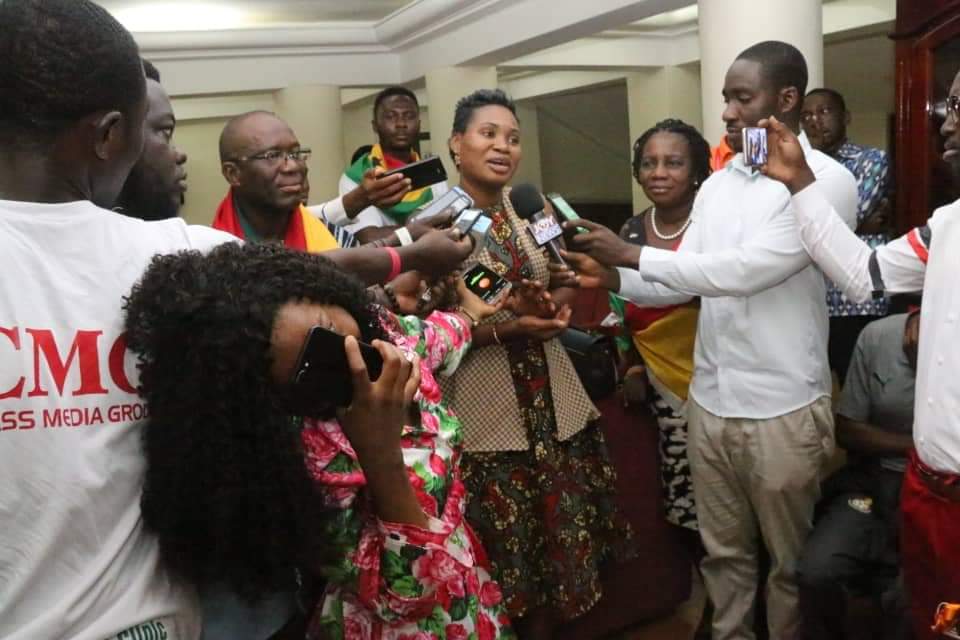 We Are Not Interfering with KMA Operations – Sam Pyne

With time, We Will Win All Matches – Legon Cities Coach