Employees at a major mental health facility at Pantang in Accra, have refused to attend to patients in protest against what they say is the encroachment on the hospital’s lands.

The staff say the “mild strike” is in protest over encroachment on land said to be part of the Pantang General Hospital but has now been taken over by private developers.

The case was sent to court, which ruled against the hospital, leader of the staff union, Godwin Amewu acknowledged.

Over a hundred patients who visited the facility were turned away early Monday, July 10, 2017.

“We want the government to come… and reclaim the land for us. We think that the ruling is not appropriate,” a defiant Godwin Amewu told Kojo Yankson on the Super Morning Show.

He added: “If we don’t really get up and let people know what is going on, we will be lagging…We think we also need to be heard.”

JoyNews’ Maxwell Agbagbah reported seeing the nurses “just sitting here having their normal conversations and they are not attending to anybody here”.

“If you came here at the Psycho-patients Department at the Pantang General Hospital, the usual hassle and bustle are conspicuously absent,” Maxwell observed.

Madam Fati, a woman whose daughter is said to be suffering from hallucination, wailed uncontrollably whilst narrating to the Super Morning Show host, how the nurses refused to offer any help to her distressed child who has not slept for days.

She said despite her pleas for her daughter to be given medication to alleviate her condition, no action has come through from the medical staff.

Same is the case of a 70-year-old man whose daughter was transported in a police van due to her violent behaviour, all the way from Hohoe in the Volta Region but has been turned away by the staff.

He has no option at the moment than to send his daughter back to Hohoe which is about 191 kilometres from Accra.

The staff say they intend to move their action into another gear if they do not hear a favourable response from the government by close of Wednesday.

The action by the staff has been condemned by several persons who called into Joy FM’s morning show. They said the staff must rescind their decision and go back to work. 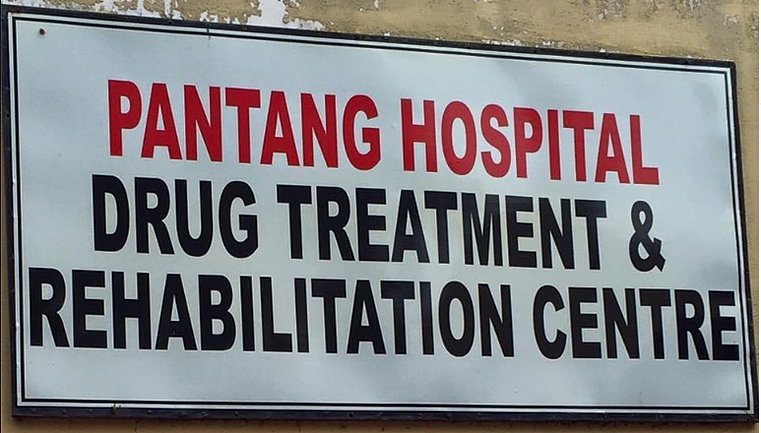 The hospital is situated near a village called Pantang, about 1.6 kilometres off the Accra-Aburi road and 25 kilometres from Accra Central.

The hospital was originally planned to be a Pan-African Mental Health Village.