Former President Jerry John Rawlings has paid a warm tribute to Emmanuel Kwesi Afranie, a former coach of the national team, describing him as a patient and philosophical man who was perceptive and had a good insight into human behaviour.

The former President said though Afranie was not a psychologist he was able to shape the lives of the players.

“All young people are idealistic and that’s what needs to be nurtured to bring the best of out of them,” former President Rawlings

The former president said this when the children of Coach Afranie paid a courtesy call on him in Accra on Thursday. 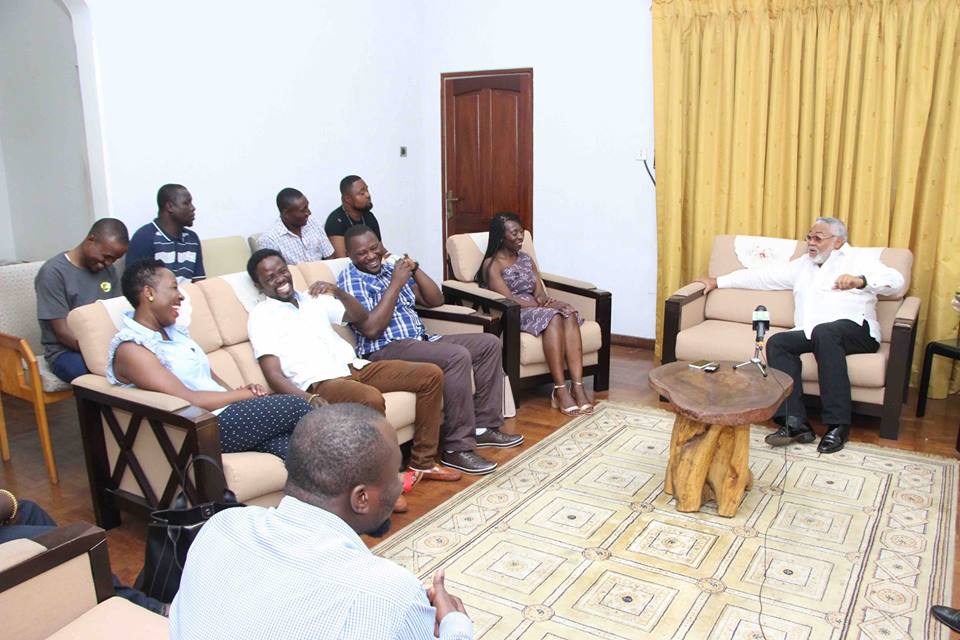 “Afranie’s faith and belief in the truth gave him the patience to see players through,” Flt Lt Rawlings stated.

The former Head of State was however unhappy that the coaching profession does not yield enough gratitude for coaches who have moulded players into stars.

He commended former Black Stars player, John Paintsil and current Black Stars coach, Kwesi Appiah for eulogizing Coach Afranie, during the launch of the Afranie Foundation and the book titled “Coachhene, Football’s Gift to Mother Ghana”, on Friday May 18.

The former President commended the family of Afranie for what they had done to preserve the memory of the former national coach who coached all national teams and won the World Cup with the Black Starlets in 1991.

Spokesperson for the delegation and daughter of Coach Afranie, Monica Idun said: “Our father was a very humble man who was ready to interact with all and who inculcated the ideals of humility, respect and hard work in all of us.

She said the Foundation intended to raise funds to support projects such as equipping the Komfo Anokye Teaching Hospital stroke unit.

The children expressed their heartfelt gratitude to Flt Lt Rawlings for gracing the Foundation and book launch and for his diverse support to the game of football.

Other members of the delegation were Frederick Afranie, Emmanuel Kwesi Afranie Jnr and Angela Yeboah, all children of the departed coach as well as Dan Kweku Yeboah, sportscaster and author of the book.

Veteran Coach Emmanuel Kwesi Afranie died in November 2016 after an ambulance transferring him to the Komfo Anokye Teaching Hospital in Kumasi was involved in a fatal car crash.

By: Office of Jerry Rawlings

I Have Missed Football – Jurgen Klopp

‘Football Will Never Be The Same Again’ – Messi