Commemorations have begun in Rwanda to mark the 25th anniversary of the genocide that killed about a tenth of the population.

Most were minority Tutsis, killed by ethnic Hutu extremists.

President Paul Kagame, who led the rebel force that ended the genocide, lit a remembrance flame at the memorial in the capital, Kigali.

How will Rwanda remember?

The commemoration activities began with the flame-lighting ceremony at the memorial, where about 250,000 victims are said to be buried. The flame will burn for 100 days.

The 61-year-old president, who has led the country since the end of the genocide, is scheduled to make a speech at the Kigali Convention Centre. 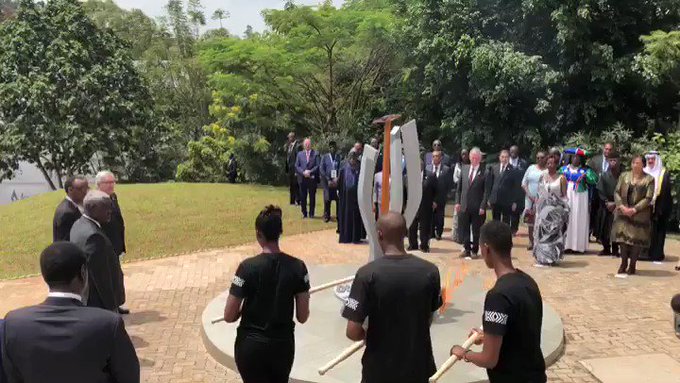 He will then lead a vigil at the Amahoro National Stadium, which was used by United Nations officials to try to protect Tutsis during the killings.

A number of foreign leaders are expected to be at some of the events. They are mainly African, although Prime Minister Charles Michel will represent the former colonial ruler, Belgium.

French President Emmanuel Macron will not be there. This week he appointed a panel of experts to investigate France’s role in the genocide.

France was a close ally of the Hutu-led government prior to the massacres and has been accused of ignoring warning signs and training the militias who carried out the attacks.

France will be represented by Herve Berville, a Rwandan-born MP.

Ugandan President Yoweri Museveni will also not be there. He has been accused of backing Rwandan rebels who oppose Mr Kagame.