The Spanish resort city of Palma, on the island of Majorca, is to ban flat owners from renting their apartments to travellers, becoming the first place in Spain to introduce such a measure.

The restrictions follow complaints from residents of rising rents due to short holiday lets through websites and apps.

Palma’s mayor says the ban, to be introduced in July, will be a model for cities suffering with mass tourism.

But business associations say many families will be financially impacted.

What is behind the decision?

Palma, like many other cities around the world, has seen an increase in visitor numbers driven, in part, by private rental accommodation offered through websites and apps.

Officials from the local left-wing governing coalition cited a study suggesting that the number of non-licensed apartments on offer to tourists increased by 50% between 2015 and 2017.

Locally, there is resentment over tourism pushing up prices – rents in Palma have reportedly increased 40% since 2013 – but also about deteriorating conditions in neighbourhoods popular with travellers due to noise and bad behaviour.

“We agreed on this [ban] based on the general interest [of the city] and we believe it will set the trend for other cities when they see that finding a balance is key.”

Houses and chalets will be exempt from the restrictions unless they are located inside protected areas, next to the airport or in industrial zones. 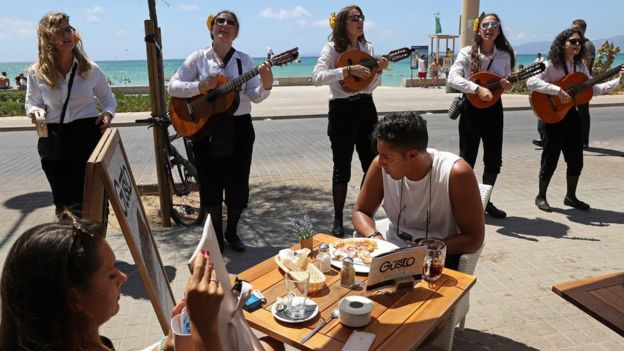 What has the reaction been?

Joan Forteza, president of Palma’s federation of neighbourhood associations, welcomed the announcement, which followed a petition with more than 6,000 signatures, the Diario de Mallorca newspaper reports (in Spanish).

But Pimeco, a local organisation representing small businesses, said the holiday rentals had “boosted consumption” and were an “important source of income” to many flat owners.

The holiday rentals association, Habtur, said not only owners would be affected but also restaurants and shops, warning that jobs could be cut.

You Are Not Patriotic – Ablakwa Jabs President