A number of past students of the Koforidua Technical University have threatened to drag the institution to court for omitting their names from a list of students billed to graduate over the weekend.

The past students who completed the University a year ago after satisfying all the necessary conditions, were met with surprise after noticing that their names which were in an earlier published list of graduating class, have been omitted from a new list even though they have made payment of graduation fees.

The affected students say they have petitioned the Vice Chancellor and management of the University hoping to have the issue resolved, else they may be forced to demonstrate or take legal action.

Some of the affected students who had gathered at the university’s administration block seeking answers spoke to Citi News.

Another past student complained that they have information to the effect that “some of the students’ names have been deleted from the list” adding that “we don’t understand what is going on and we want the administrators to come and explain things to us because no one is telling us anything.”

“We intend to go on a demonstration. We’ve petitioned them, so we are waiting for feedback and if it fails they will see our red eyes,” another angry student fumed.

Another student also charged the school to explain things to them or face them in court.

“We need answers on why they don’t want us to graduate. It’s been more than a year since we completed school and we’ve heard nothing from them. They should tell us something. I don’t think this graduation would come off if they don’t give us answers because we are ready to take legal action against the school,” she said.

836 names published in a newspaper 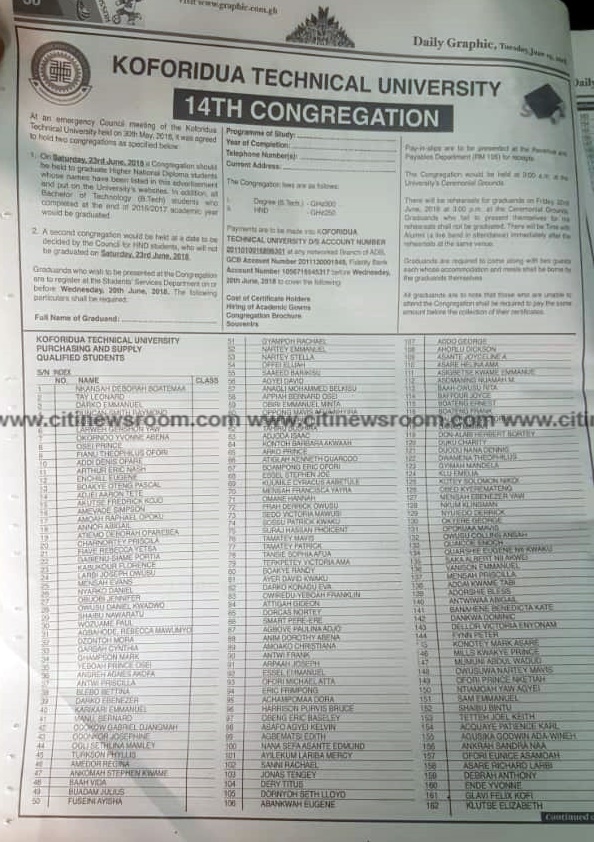 ‘Beefs’ Are for The Young and Stupid – Edem Tells Jayso