The Accra Police Command has picked up the man believed to have shot dead a police officer at the Kwabenya Police District Headquarters last Sunday.

The suspect has been identified as Kofi Seshie, aged 28.

Seshie was arrested along with four other suspects in the early hours of Saturday at Kasoa, according to a statement from the police.

The statement said these latest arrests bring the number of people detained following the incident to 11 after six suspects were arrested during the week.

Armed assailants broke into the Kwabenya Police station last Sunday and set the inmates who were in custody free after shooting the officer.

Three of the 11 persons have been confirmed to be re-arrested fugitives.

The police had announced a GHc15,000 bounty for any information leading to their arrest of the other four suspects who were freed from police custody by the robbers.

Find the full police statement below 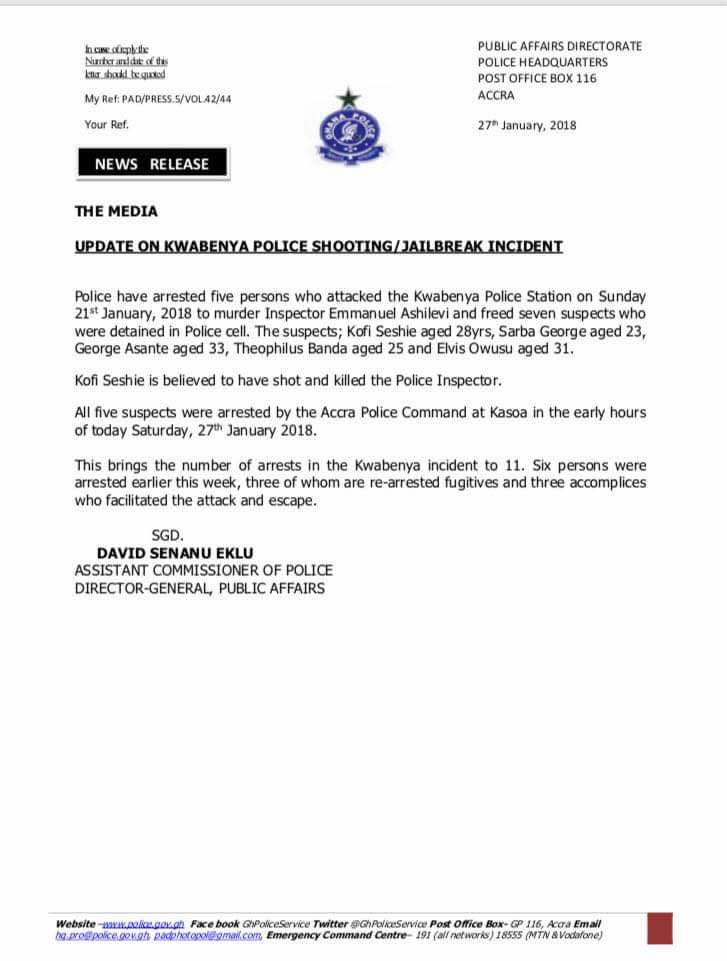