The case involving the alleged fraud in the procurement of a surveillance equipment by the National Communications Authority, NCA, to enable the National Security monitor conversations of persons believed to be engaged in terrorism in the country, continued today, [Thursday], January 18 at the Accra High Court.

The Director of Legal Services of NCA, who is also the first prosecution witness in the case, brought her testimony to an end while she was subsequently cross-examined by Mr. Thaddeus Sory, private legal practitioner, who is lawyer for the former NCA Board Chairman, Eugene Baffor Bonnie, one of the four accused persons.

The former Board Chairman and four others including the immediate past Director General of the Authority, William Tevie, are are facing trial for causing financial loss to the state.

Mrs. Asafo Adjei, who served as Secretary to the previous Board of the NCA before Eugene Baffor Bonnie’s Board, was asked to proceed on her accumulated leave in 2015, upon the induction of the new Board.

Abena Asafo Adjei told the Court that she was upset about the Board’s directive to her to proceed on leave.

Answering a question posed by Thaddeus Sory on her reaction to the directive, the witness said she was indeed upset by that directive.

Thaddeus Sory said: “I suggest to you that you must have been very upset when you were asked to go home”

Witness replied that “Yes, that is the case it’s only normal I feel that way”.

The witness had earlier told the court in the early period of the cross examination that she was not unhappy with the decision, and had no plans of revenge when Thaddeus Sory suggested that was her motivation for being a witness in the case. 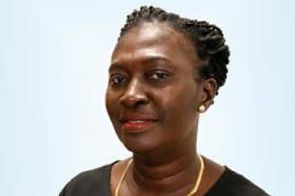 During her testimony earlier in day, Abena Asafo Adjei told the High Court that the money withdrawn from the NCA’s account, which was used to purchase the security equipment did not have the approval of the board of the Authority.

According to her, minutes of Board meetings during the period from 2015 till date, do not show any request and approval brought before members of the board.

Mrs. Asafo Adjei also added that, the only request for external support had to do with some Ghc2 million for the Ghana Broadcasting Corporation.

She had also on Tuesday told the court that she had no knowledge of the supposed contract signed between the Authority and Infralocks Development Limited.

The case in question involves the former Director General of the NCA, William Tevie and four others, who have been arraigned for alleged fraud and for causing financial loss to the state over the alleged fraudulent $6 million contract signed between the NCA and Infraloks Development Limited (IDL).

The five are said to have fraudulently withdrawn some four million dollars from NCA accounts without justification.

Reports indicate that an Israeli company, NSO Group Technology Limited was contracted to supply the surveillance equipment at the cost of $6 million, to enable National Security monitor conversations of persons believed to be engaged in terrorism.

IDL was also reportedly charging $2 million to facilitate the transaction, bringing the total sum to $8 million.

But the three, through the said contract, allegedly withdrew $4 million from the accounts of the NCA and have failed to account for it.

But only $1 million was allegedly paid into the accounts of the Israeli company.

At the last meeting, it was agreed that the hearings will be done on Tuesdays and Thursdays following arguments put across by both Attorney General, Gloria Akuffo, and defence lawyers.

While the AG’s office was pushing for the case to be heard every working day in a week, lawyers of the accused persons argued for once a week, citing among other things, the poor health conditions of their clients.

Resolving the disagreement between the lawyers, the judge, Justice Kyei Baffour, ruled that the case will be heard twice a week, and further asked the AG’s office to furnish the defence with all the documents they will rely on to allow for a speedy trial.

Store Keeper, 3 Others Arrested Over Missing Weapons At KUMACA