The faux anger over the mythical phoenix – insulting a President revisited 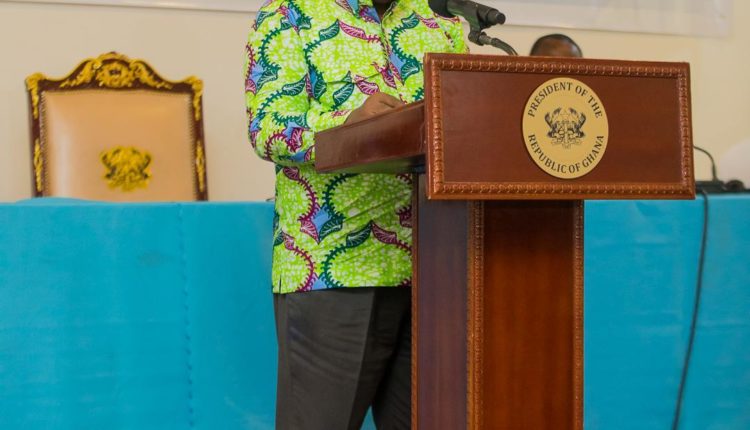 I am often tickled pink beneath my dark coffee coloured skin at the faux anger that occasionally arises over my oft-repeated statement that ‘insulting the president is not a [criminal] offence.’

The Supreme Court has added, in BRITISH AIRWAYS v ATTORNEY-GENERAL, that a person cannot be convicted of an offence unless before the conviction, the act was a criminal offence.

And, the ‘Miranda rights’ under both articles 14 and 19 demand that a person be informed of the offence that he is suspected to have committed. If what the person has done is not an offence known to the law, he cannot be mirandized; any arrest, detention or charge under the circumstances would be unconstitutional.

In our legal history, we have had certain ‘crimes of insults,’ including:

However of all of these, we singled out insulting or defaming a president and repealed it by the Criminal Code (Repeal of Criminal Libel and Seditious Laws) (Amendment) Act, 2001 (Act 602). When a law is repealed, it ceases to exist and can no longer be applied.

To borrow from Justice Archer’s splendid and graphic description of a spent statute in FATTAL v MINISTER FOR INTERNAL AFFAIRS, a repealed statute ‘unlike the phoenix…, would never rise from its ashes and operate’ again.

Privately, I did not think that that specific offence should have been repealed. However, from 2001, no one could be arrested, charged or prosecuted for it insulting a president. It is wrong to insult a president; but it is no longer a criminal offence.

In each of these instances, I have written or spoken (with my tongue firmly stuck in my cheek) to remind the police that to the extent that the alleged offence was what had been repealed, the arrests were wrong. What those persons did might have been despicable and disgraceful; but that was no longer a criminal offence. If they had been arrested before 2001 or for insulting chiefs, for instance, I would not have spoken out. Invariably all the persons arrested were released without charge and prosecution. Why? Because there was no offence to charge them with.

That is not an endorsement or encouragement of such insulting and uncouth behaviour towards any president. Our society frowns upon such uncouth, immoral, indecent and wrongful conduct. Before 2001, such insults could have led to arrests, charges and possibly prosecution and sentencing. That was then. Now, the person might face other civil punishment for such conduct. But you cannot arrest anyone for insulting the President. Why? Because that law no longer exists.

So those who are exercised and having a massive coronary over what I have said, may channel their considerable energies towards reviving the phoenix from its funeral pyre: get your Member of Parliament to reintroduce the law that criminalises insulting and defaming president. Then, just like the phoenix, the immortal bird associated with mythology that cyclically regenerates or is otherwise born again, the law will live again. Till then… They call me Ace.

Author – ACE ANKOMAH – He is the Managing Partner and Head of the Litigation and Dispute Resolution Practice group. He leads a strongly dedicated team of lawyers who are committed to excellence, diligence and hard work. He has 23 years’ experience in legal practice.

Aside his work as a lawyer, Ace manages the affairs of the firm assiduously, ensuring that every department is functioning for the continuous development of the firm and society. His skills as manager and administrator have jointly contributed towards the high rankings the firm has attained in both local and international circles.

Ace is a member of the Ghana Bar Association. He has served on the International Court of Arbitration of the International Chamber of Commerce, and as the Regional Vice-Chair for Europe/Middle East/Africa of the Lex Mundi Managing Partners Committee. He has also worked as the General Manager of the Data Centa Limited, a subsidiary of our firm. In addition, Ace has served on various boards and advisory committees nationwide.

Ace graduated from the University of Ghana in 1990 with a Bachelor of Laws (LL.B). After which he enrolled into the Ghana School of Law leaving with a Qualification Certificate in Law in 1992. From 1993-1994, he further pursued a Masters of Laws (LL.M) focusing on International Taxation at the Queen’s University in Canada. From the late 80’s to the millennium years Ace has taken up varied teaching and legal focused assignments whilst working with the University of Ghana, Legon and the Queens University, Canada where he has worked a research assistant and Lecturer.

Ace has therefore become an acknowledged leader in litigation and dispute resolution, possessing wide experience in the practice and in the teaching of Company Law, Tax Law and Civil Litigation & Procedure.

Accra is congested, but relocating Ghana’s capital is not the only option

The Curse Of Leadership In Africa

The Sanitation and Pollution Levy: A Tool for Resource Mobilisation for the WASH…