My love for The Mirror newspaper goes way back to my Senior High School days.  I, together with my elder brother would contribute money to grab the paper every Saturdays at the now-defunct newspaper stand near the Nima Post Office. We patronized the paper because the column for students contained passages that improved our comprehension skills. There was another column for vocabulary where words are explained and used in sentences for students to understand its usage. Words you should know by now “are the verbal embodiment of power”.

I carried this love of that newspaper so profoundly until I eventually found myself in the offices of Graphic Communications Group Limited (the producer of The Mirror) as a National Service Person. And part of my job was to check for the adverts run in each edition of the paper; an activity which saw me always consuming its literary contents.  And then more conscious and more matured, I began to go more for the columnists who shared a gale of knowledge from their written opinions on various topics. Notable ones were Nana Kwasi Gyan Apenteng and Sheikh Ishaak Nuamah. That was when I discovered Adjoa Yeboah Afari, one of the nation’s greatest writers and former President of the Ghana Journalists Association. Her column Thoughts of a Native Daughter became my first check point in the much-celebrated newspaper. I began following her works past and present keenly until I stumbled on one of the most compelling reasons to intensify the literacy campaign in the country.  I filed it down for posterity.

In The Mirror of Saturday, September 7, 1985, she made a very profound statement on reading. She hinted “this is not to imply that one is less a human being for being unlettered; neither is it to say that the unlettered have no wisdom. But there is such a wealth of knowledge that is denied the unlettered; so much hidden from them; so many doors closed to them.” Poignant.

And this was the reality when E-Ananse Library hosted Kayayei (head potters) at their Osu Library last Friday, 23rd August, 2019.  It was almost like new skulls were put in their heads. One could sense the aura of liberation from the manacles of under-development, poverty and ignorance which unfortunately is what they have seen throughout their short stay on this seemingly accursed land of ours.  And when they were given the chance to speak, it was sad yet interesting at the same time. Sad because in 2019 when the whole world has come out with a volcanic fury against ignorance and the issues germane to it, you find a young beautiful girl state ‘boldly’ that she stopped school at (Primary 3, 4,5) and finds herself in a nation that is comfortable with that.   It is interesting because they have exercised the power of their imagination after a long while. Imagination we are told “is more important than education”. 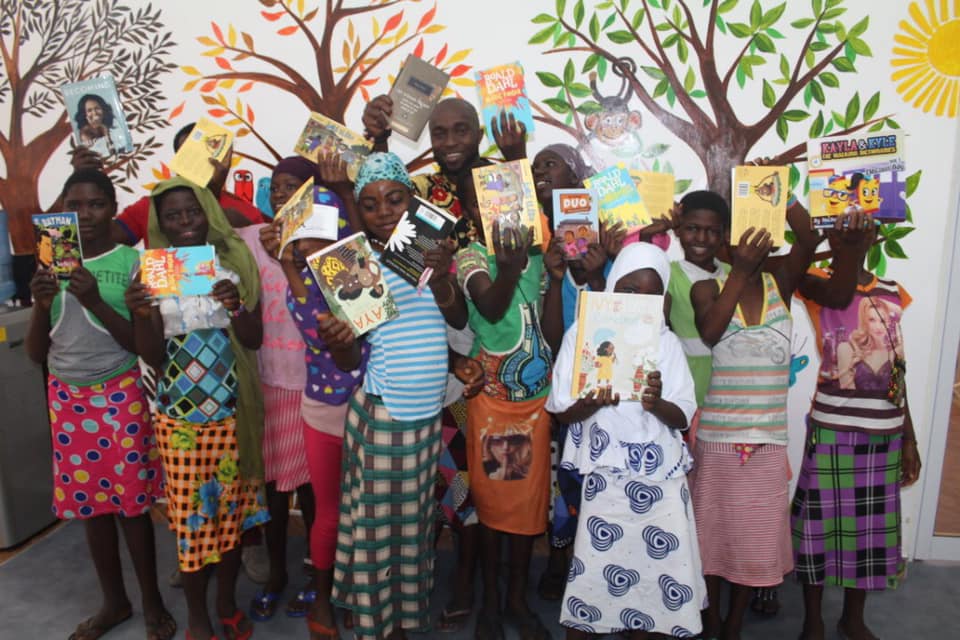 When we at Success Book Club were organizing them for the programme, it was an arduous task convincing them to leave their pans which gave them a pittance of daily bread for an unknown programme which they can’t tell how it will benefit them financially. However, the smiles on the faces of Munira (the lady who completed Walewale Senior High School and dressed so nicely because we were going to the library), Aisha (who dropped her pans and hurriedly readied herself for the programme) and the over twenty more (who came for the library tour and book reading) after the programme pointed to the fact that they have after a long time had a fascinating time that was empowering, eye-opening and humanity-filled.

We must salute the E-Ananse Library for this wonderful gesture. It is a great initiative. According to the World Literacy Foundation, “750 million illiterate people can’t read a single word and more than 2 billion people struggle to read and write a sentence. Illiteracy is a global tragedy.” Therefore to roll out such a great initiative to champion the cause of eradicating illiteracy from our midst is plausible and worthy of praise in great proportions. 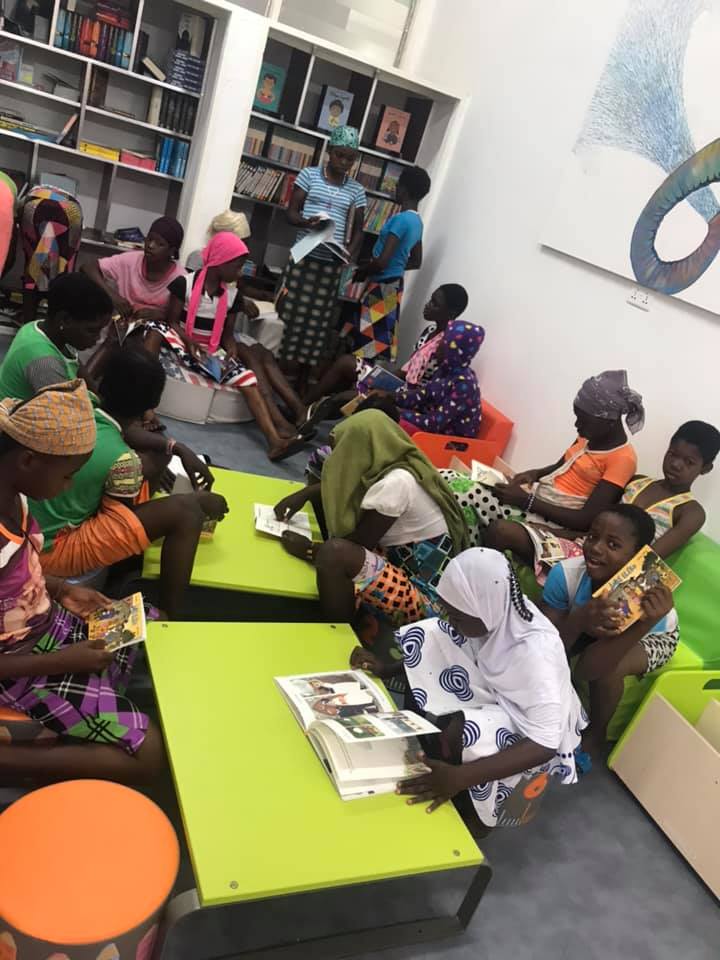 Engaging these kayayei in reading activities will open their minds to many opportunities. Most of these young girls dropped out of school due to the extreme conditions they found themselves in. The redemptive power of reading will encourage them that they can be whatever they dream of becoming as long that they don’t give up. Desmond Tutu states that “There is no situation that is not transformable. There is no person who is hopeless. There is no set of circumstances that cannot be turned about by ordinary human beings and their natural capacity for love of the deepest sort”. Reading can avail this fact strongly to them.

The E-Ananse Library is a new concept in public libraries in Ghana rolled out by West Blue Consulting, an indigenous IT Solutions firm. As reported in the media, “The e-Ananse Libraries are to help revitalize Ghana’s reading culture and provide people with the tools to compete in the 21st century by giving them access to high-quality contemporary literature, state-of-the-art computing facilities, and world-class literary events.”

NB: The Writer is a Youth Activist and the Executive Secretary of Success Book Club