According to him, the project is borne of out a dream he had.

He said that in the dream, he was asked to raise funds to support rape victims who do not have the resources to pay for counselling or have developed ailments due to the act.

“It all started in a dream and in the dream I was asked to take GHS 2 each from my fans. Whatever money I will get from it, I’ll top it up and donate to rape victims because there are some rape victims who are finding it difficult to integrate into society,” he said.

He added that “they need some sort of counselling and some of them do not have money for the counselling, others after being rape find it difficult getting back to their normal life.”

In tandem with this objective, he has called on the general public to support the worthy cause by donating GHS 2. 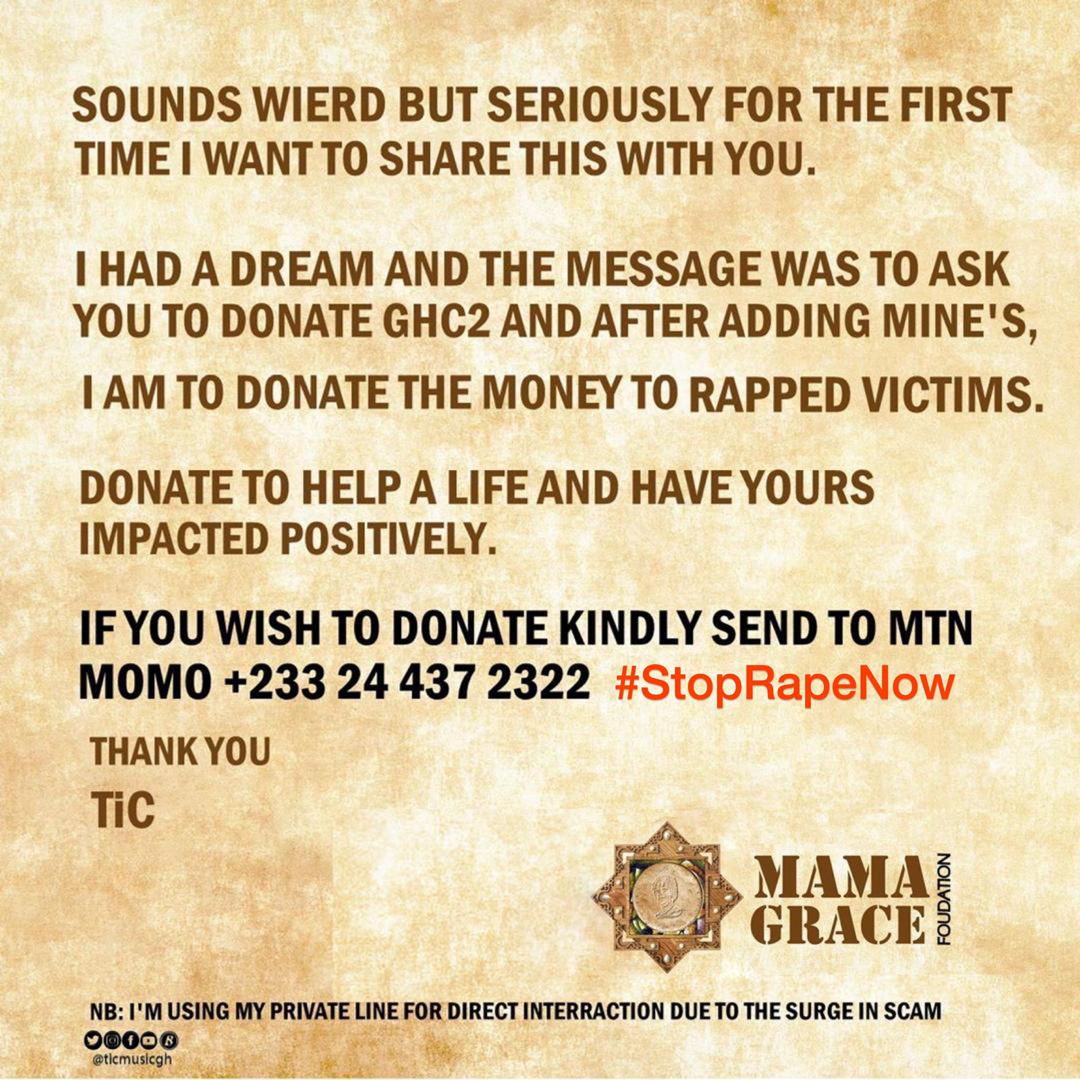 TiC said this is a calling from God that he needs to quickly adhere to save such people.

According to him, after getting the money, he will announce how much he got and ask rape victims to tell their stories and benefit from it.

The issue of rape has been topical on various media platforms in recent times, with a lot of people calling for stiffer systems to discourage the crime and find ways of making the victims recover from the trauma they go through.

TiC who is known for songs like ‘Philomina’, ‘Kwani Kwani’, ‘Feefenefe’, among others has also hinted that there will be song to push the project.

His latest EP, ‘Mama Grace’ has cemented his comeback into the music industry, after a few years of being on the quiet.

5 reasons why you should shop groceries online this season – AFROBASKETS