The Inspector General of Police (IGP), David Asante-Apeatu has disclosed that two of the seven suspects who escaped from the Kwabenya Police station last Sunday, after armed assailants broke into the station and released them, have been rearrested.

Addressing the media on Thursday, the IGP said the two were arrested at Worawora in the Volta Region.

He also added that three persons who aided the escape of the fugitives, including a 28-year-old woman, have also been arrested.

The police subsequently released the photos of the seven fugitives and announced a GHc15,000 bounty for any information leading to their arrest. 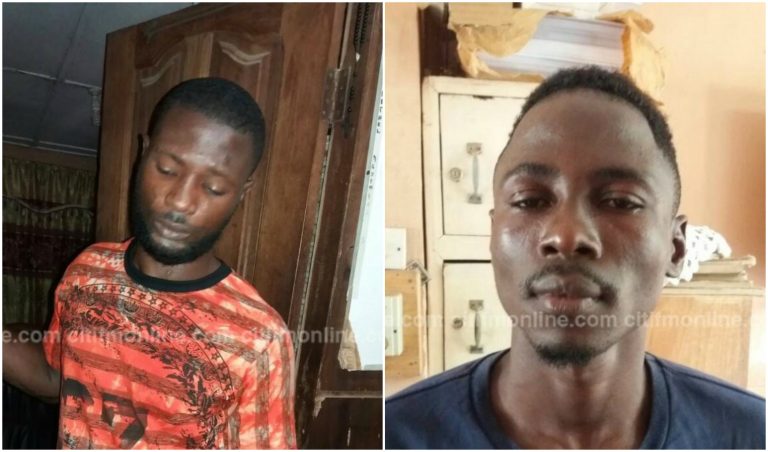 Attah Kwadwo and Prince Osei were arrested at Worawora

He noted that the accomplices who were detained “include a 28-year old woman named Nancy Bentah alias Awura Ama. The other is George Yeboah Ackah aka Kwesi Shower.

He said Nana Owuo is believed to be “the spiritual father of the suspect and a source of weapons supply to the criminals.”

David Asante-Apeatu revealed that items such as a coffin and skeletons were found at the place of Nana Owuo’s arrest.

“We are confident of the arrest of the rest of the suspects,” he assured.