UE/R: Boy with hole-in-Heart condition sweeps distinction in all exams

A five-year-old schoolboy battling in Bolgatanga with Pulmonary Atresia with Ventricular Septal Defect, a life-threatening condition commonly referred to as “Hole in Heart”, shocked his school when he grabbed a distinction at every examination he took to end the last academic year.

It was least expected Toby Apomuta, who, owing to his ailment, attended school for only 34 days as he lay in a theatre bed for more than 3 weeks during the just-ended academic term, would resurface at the Plato Academy, a private school he attends in the Upper East regional capital, also called Firm Foundation Academy. But he came back so determined, placing 4th among 34 pupils and losing only 35 points from a 400-mark grand total at the promotion examination.

Before and after he was diagnosed with the condition in 2017, the brainy boy endured a depth of pain some observers considered crushing enough to have kept him out of the classroom. His attention was divided in class as he coughed episodically. He could not play like his peers at home and at school because he had trouble breathing. And his health declined noticeably with his palms looking bluish. But he was never absent from school until the first phase of a heart surgery, funded with donations from Ghanaians moved by his ordeal, was due in June, 2019.

Doctors told Starr News in April, this year, he needed an estimated Gh¢100,000 (19,000 U.S. dollars) to undergo two surgeries. About Gh¢60,000 (12,000 U.S dollars) is reported to have been raised “from well-meaning Ghanaians” so far. It was from that amount some Gh¢19,055 (3,500 U.S. dollars) was made available for the first surgery done two months ago at the Providence Specialists Hospital at Achimota in Accra— a facility owned by Ghana’s celebrated heart surgeon, Professor Frimpong Boateng. Roughly Gh¢30,000 or 5,531 U.S. dollars is still needed to add to what is left in the donations bag to carry out the last phase of the surgery doctors say will cost Gh¢50,000 (8,500 U.S. dollars). 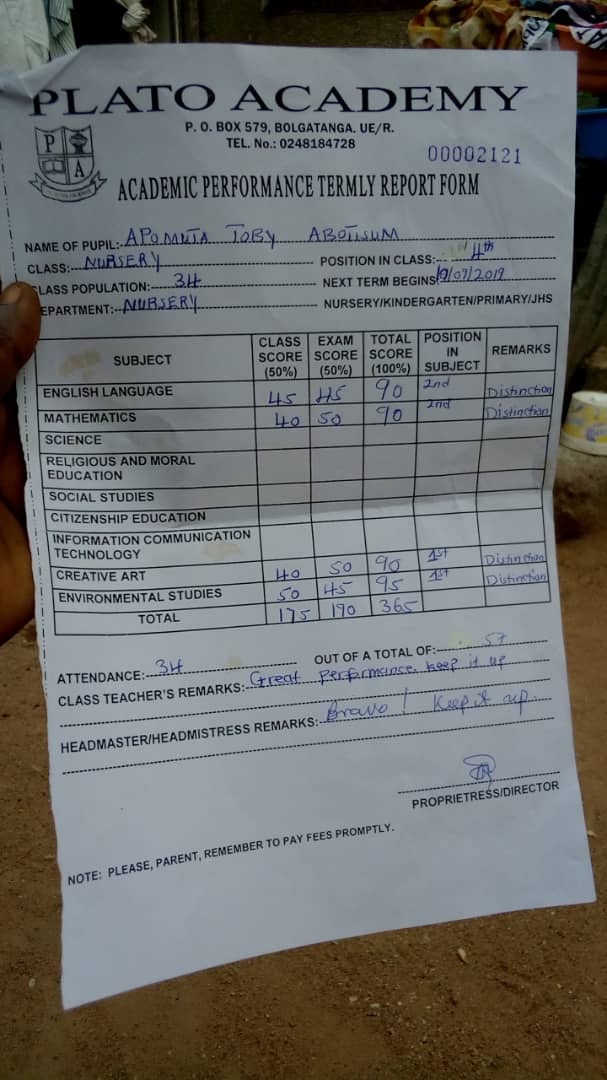 Toby is said to be doing well after the June surgical operation. Doctors and his parents say the “coughing episodes have stopped, the difficulty in breathing has subsided and he’s now playing and living a normal life.”

But the first operation, says Dr Moses Ofosu Amoako, who initially had referred the boy from the Amiah Hospital in Bolgatanga to the Cardiothoracic Centre at Korle-Bu in Accra, can only sustain his wellbeing for a while. The final surgery, he emphasises, is what can sustain him for life.

“The cardiothoracic surgeon said he would [conduct] two operations. The first one, because he’s a child, they’re going to do a surgery which would not correct the defect but it would allow the child to live a normal life up to a point. So, in three months’ time, they would do the definitive repair.

“The first surgery will take him up to a point and, then, he will start deteriorating again if we don’t do the final repair. He’s scheduled for a review in September. After the review, they will schedule him for another surgery. As I speak now we have some money in the account but that won’t be able to take him through the second surgery completely. We need about Gh¢30,000,” Dr Amoako told Starr News on Wednesday.

“This is the time we need you more to save the life of this innocent boy. Please, don’t let him die. I beg you in the name of God,” his distraught mother, Vida, begged the public.

Her plea echoes a very touching appeal Toby himself made four months ago as both the grieving mother and the ailing son wept openly over the dreadful prospect of being ‘cruelly’ separated from each other too soon.

The talented boy cried on a one-minute-five-second-long audio tape posted on starrfm.com.gh in April, 2019: “My name is Toby. I come from Bolga. I’m four years old. I’m not feeling well. I have a heart problem which affects me. I want to be a doctor in future. My doctor said I need to go through operation. I can’t play like my friends. I get tired easily. Please, Ghanaians, help me. I don’t want to die.”

“If I don’t support this little boy with the little I have now,” said a concerned roadside bread merchant in Bolgatanga after listening to the appeal tape, “my conscience will not forgive me if he dies young.”

Rehab Of Tono Irrigation Scheme To Be Completed In July 2020; Tono Water Project In 2021