UN human rights experts believe war crimes may have been committed by all parties to the conflict in Yemen.

In their first such report, they allege Yemeni government forces, the Saudi-led coalition backing them, and the rebel Houthi movement have made little effort to minimise civilian casualties.

They point to the bombing and shelling of schools, hospitals and markets, in which thousands of people have died.

The coalition’s air and naval blockade may also be a war crime, they warn.

The experts will present their report to the UN Human Rights Council next month.

On Monday, the coalition accused the UN of bias for condemning two air strikes on Houthi-controlled areas that are reported to have killed scores of Yemeni children.

Spokesman Turki al-Malki said the UN’s information was based on “rebel stories”.

Yemen has been devastated by a conflict that escalated in early 2015, when the Houthis seized control of much of the west of the country and forced President Abdrabbuh Mansour Hadi to flee abroad.

Alarmed by the rise of a group they saw as an Iranian proxy, the UAE, Saudi Arabia and seven other Arab states intervened in an attempt to restore the government.

Almost 10,000 people – two-thirds of them civilians – have been killed and 55,000 others injured in the fighting, according to the United Nations.

The fighting and a partial blockade by the coalition has also left 22 million people in need of humanitarian aid, created the world’s largest food security emergency, and led to a cholera outbreak that is thought to have affected a million people. 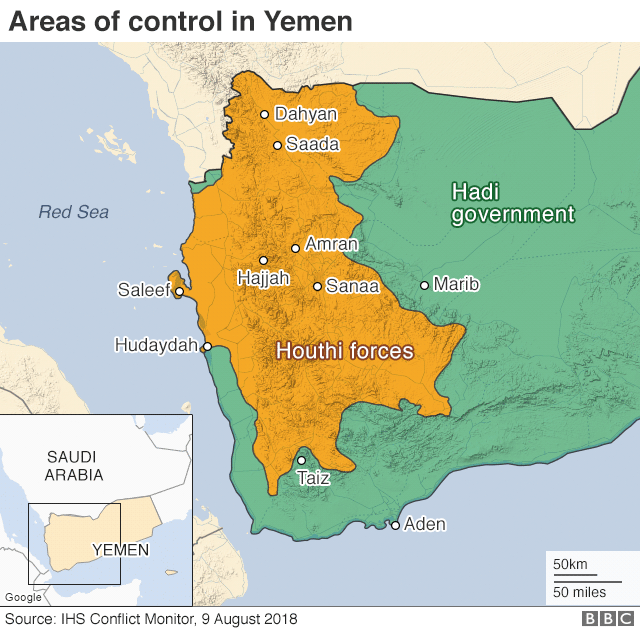