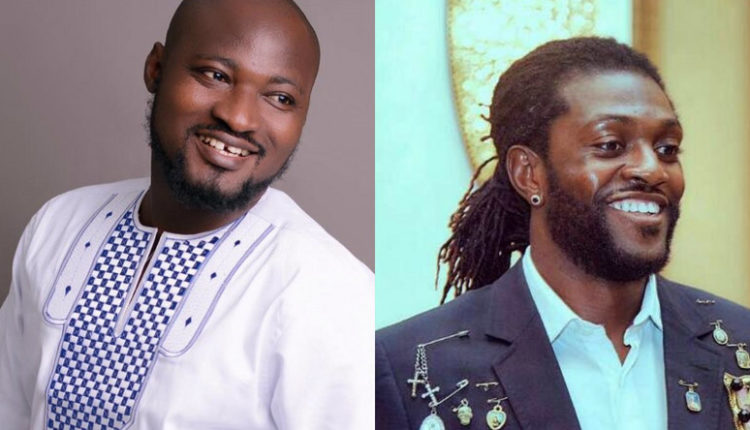 Comedian and actor, Funny face has alluded to earlier talks of naming his children one-day to come after his best friend football legend, Emmanuel Adebayor.

Somewhere in November 2018, Funny Face sent a heartfelt birthday message to his best friend, Emmanuel Adebayor which got everyone overwhelmed.

In the message, he promised of naming his first son or child after the Togolese International footballer. Back to May 2019, Funny face has fulfilled the promise by naming his twin daughters after Adebayor.

Taking to his Facebook timeline in a short video, the comedian born Benson Nana Yaw Oduro Boateng said he was naming the twins after Adebayor and his mother because the two individuals were very pivotal in getting his life back on track when things were so bad for him.

The comedian in March this year hinted in a social media post of expecting twins after his ex-wife, Elizabeth Adjoa Ntim, described him as a two-minute man to wit he couldn’t last long in bed.