Some residents of the Volta Region poured onto the streets of the Regional Capital, Ho, to protest against government with the claim that the region is being left out in the execution of development projects by the new government.

The protesters, who were mostly members of a group that subjected the previous government to scrutiny through series of demonstrations to demand the region’s fair share of the national cake, hit the streets again on Friday, to drum home similar concerns.

According to them, there has been a seeming neglect of the region by successive governments after they are misled to vote them into power. 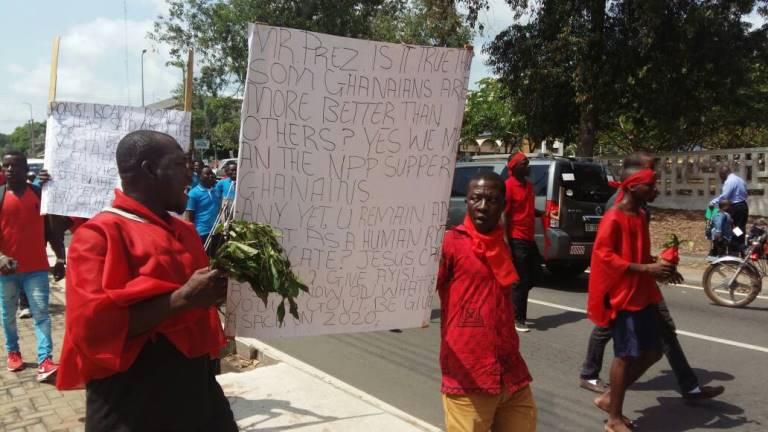 Addressing the crowd at the forecourt of the Regional Coordinating Council, the convener, Mawunyo Agbe, outlined a number of projects in the region including the eastern corridor, regional sports stadium, Ho-Aflao roads and the airport, which they said were stalled without commitment from the new government to see to their completion.

“The least said about the poor state of roads in the Volta Region the better. In Ho township, we have the Ho-Dome that’s still uncompleted; the town market project, the airport project, the sport stadium project, UHAS roads among others. We have the Ho-Aflao Road, and the Eastern Corridor Roads that are deplorable”

Describing the current government as being insensitive to the plight of the region, the group gave a three month ultimatum to government to respond to their concerns or face series of agitations.

“Mr President, are some Ghanaians more Ghanaian than others? You run a family and friends government and you continue to discriminate against others; yes we mean the NPP super Ghanaian syndrome. We are saying that at the same time, Ghanaians are crying and we want to assure you that in three months’ time you would hear from us.” 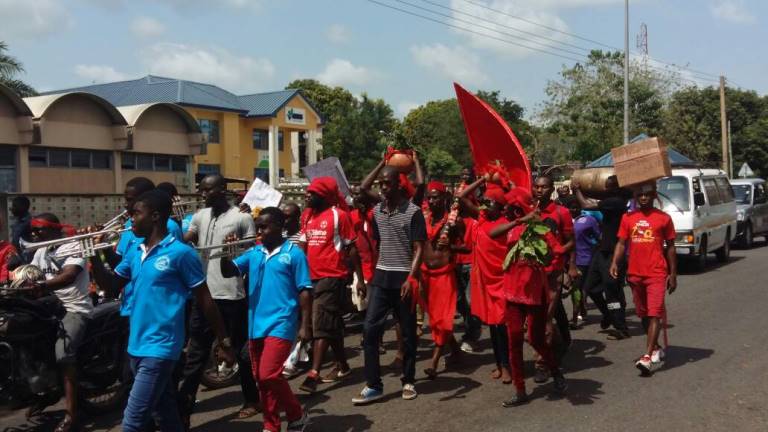 The Eastern Corridor road which sought to expand the country’s eastern frontiers and connect it with the north means a lot to people in the region.

There is a growing concern over the delays the project has suffered after almost seventeen (17) years of its commencement.

Potholes are dotted across the roads with some developing large holes similar to dugouts after downpours. Motorists face daunting tasks meandering their way through these gaping potholes.

The protesters, who were clad in red and chanting on the streets, want government to show commitment towards improving the socio-economic conditions of the people.

Don’t Panic, We Have Adequate Dollars To Stabilise Cedi – BoG

Naana Opoku-Agyemang is a threat to Ghana’s development – NPP