Few days after he was fined for exposing his penis in public, Eugene Ashie, known in showbiz as Wisa Greid, has paid a courtesy call on the President, Nana Akufo-Addo. 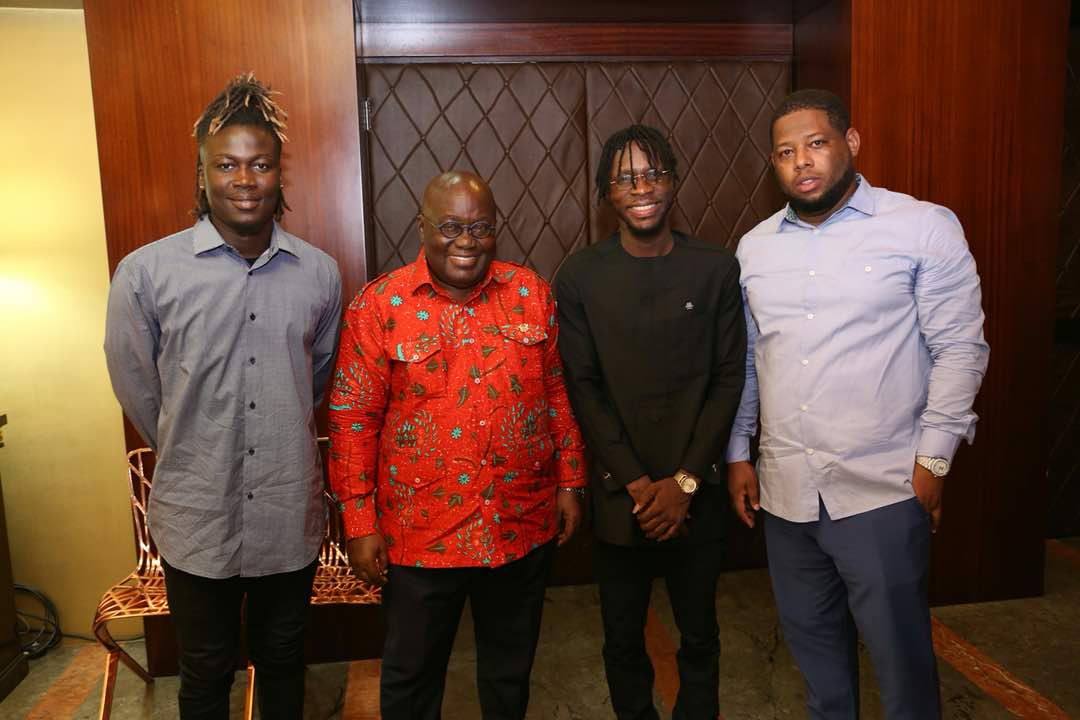 They visited the President ahead of the official launch of their label on 25th May, 2018.

Nana Akufo-Addo commended D-Black for his efforts in building the Ghanaian music industry over the years, and promised to support them and the creative arts industry. 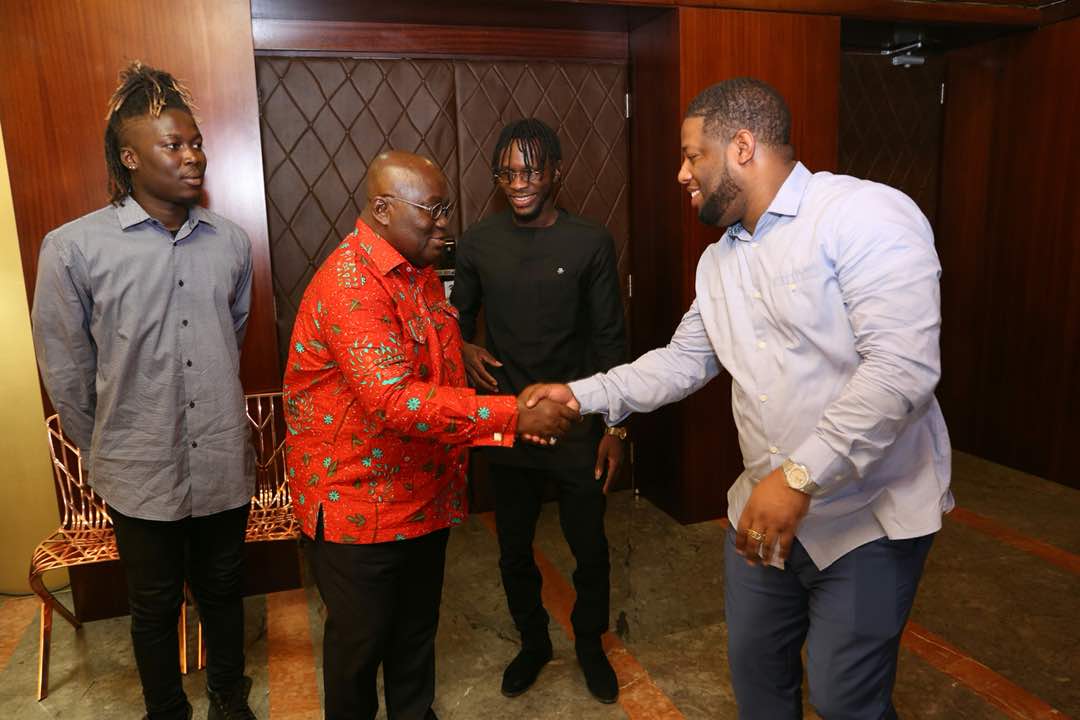 He finally congratulated Wisa on coming out of a court case which lasted for almost three years.