3 Arrested in Kasoa for Supplying Weapons to Criminals

Three men have been arrested by the Kasoa Divisional Police Command for allegedly trading in weapons, and hiring same to criminals in Kasoa and elsewhere for robbery and other criminal activities.

The suspects, Mawuli Adokokye, 28, Obed Wood, 37 and Jeffrey Tetteh, 38, are currently in the custody of the Kasoa Police, awaiting prosecution. 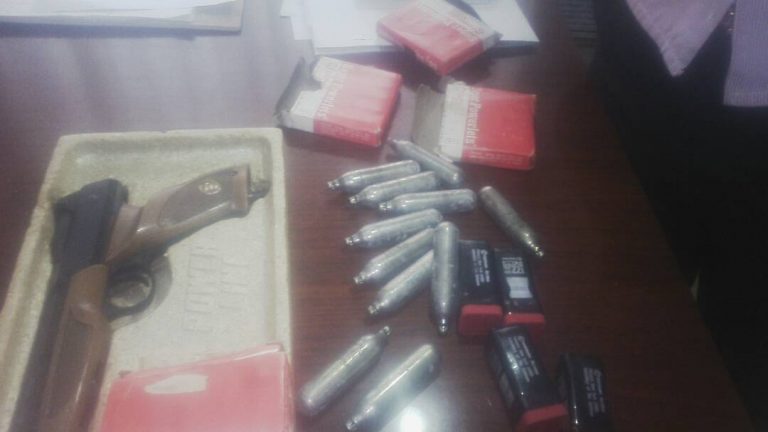 Speaking to journalists on Thursday after the arrest, the Kasoa Divisional Commander of Police, ACP Dennis Akob-Dem Abade, noted that, “On the 23rd of January this year [2018], information got to the police revealing that some people had weapons, and were looking for prospective buyers, and based upon this information, we put our intelligence team on the ground to find out where this is going on”.

He added that on Thursday, his intelligence team spotted Nyanyano as the area where the alleged weapon sellers were.

The team thus went to the place to find two men selling a foreign pistol to a prospective buyer, and they were arrested.

The Divisional Commander further revealed that, on arresting the two, they mentioned a third person as the one who gave them the pistol, and led the police to him, leading to his arrest.

Kasoa is arguably seen as the fastest growing urban areas in the West African sub-region, but residents have are often terrorized by armed robbers and arm-wielding land guards.

The violence in the area led to the launch of ‘Operation Hit Hard’ by the Central Regional Police Command in the last quarter of 2017.

Tell B&D Registry That ‘People Are Paid to Think’ – Baako