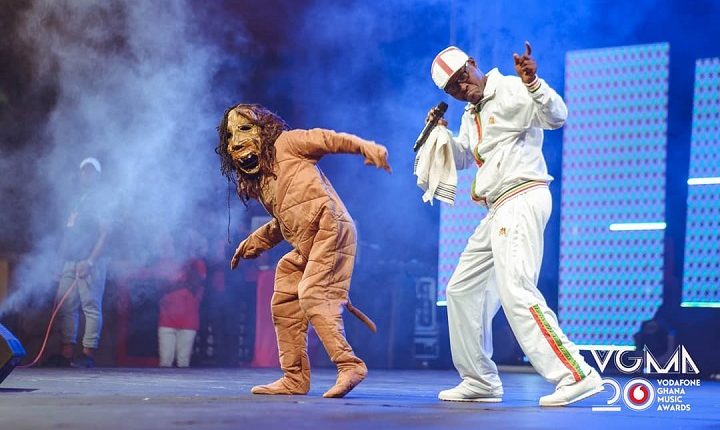 Legendary Ghanaian highlife musician, Adane Best last Saturday proved to his fans and Ghanaian music lovers all across board that, he is the best when it comes to live band performance.

At the Vodafone Ghana Music Awards Experience Concert held at the Independence Square in Accra, he thrilled fans with Jata Bi and many other songs.

His dance moves, energy and all the hit songs he dropped were enjoyed by everyone. He performed songs like Mama Mia, Gyata Bi, Maafio, W’ano Pe Asem, Suumo among others.

The main awards for the VGMA according to Organizers will come off on May 18 at the Accra International Conference Centre.